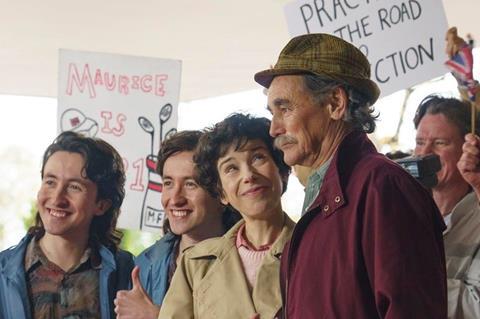 The Phantom Of The Open

SPC acquires has picked up all rights in North America, Thailand, France, and China to UK underdog golf drama The Phantom Of The Open starring Mark Rylance, Sally Hawkins, and Rhys Ifans.

Craig Roberts directed from Simon Farnaby’s (Paddington 2) adapted screenplay of the book he co-wrote with The Guardian sports writer and author Scott Murray.

The Phantom Of The Open follows Maurice Flitcroft (Rylance), a dreamer and eternal optimist who played in the qualifying rounds for The British Open golf championship in 1976 and went on to shoot the worst round in Open history.

The Phantom Of The Open was developed by the BFI, awarding funds from the National Lottery and BBC Film. Funding came from the BFI, BBC Film, and Ingenious Media.

Cornerstone brokered the deal with SPC on behalf of the filmmakers.