‘Star Wars: The Rise Of Skywalker’ still on top but ‘The Gentlemen’ opens strong at UK box office 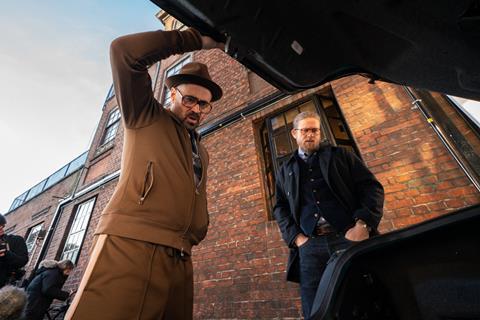 Disney’s Star Wars: The Rise Of Skywalker continued to be a force to be reckoned with at the UK box office, holding the top slot on its third week of release. The concluding episode of the Skywalker saga generated a three-day weekend gross of £4.4m – down 53% week-on-week – to take it to £51.3m to date.

Frozen 2 also continued to perform strongly, putting on £1.6m over three days. This is a fall of 21% on the previous week and takes the animation to £50.1m after seven weeks on release. Last week, the sequel became Disney Animation’s highest-grossing film of all time in the UK and Ireland.

Animated adventure Spies In Disguise dropped just 7% on its second week of release, taking £1.1m over three days for a total of £4.3m.

Sony’s Jumanji: The Next Level is holding strongly after four weeks on release, falling 16% for a three-day gross of £3.1m and a total of £28.4m.

Entertainment Film Distributors opened Guy Ritchie’s The Gentlemen and took £2.18m over the three-day weekend from 499 screens. It took £858,013 from two days of previews for a total of £3.06m.

It follows several big US studio projects for the director including last year’s Aladdin for Disney, which opened with £7.1m, and King Arthur: Legend of the Sword, which started on £1.9m.

Ritchie’s previous crime hits Lock Stock And Two Smoking Barrels made £18m worldwide in 1998 while Snatch made £53m globally in 2000.

Distributed by Piece of Magic Entertainment, André Rieu: 70 Years Of Young has so far recorded a total of £1.7m for screenings on January 4 and 5. But with more than 100 sites set to report takings, this is expected to top £1.8m.

Universal’s musical Cats added £1m over the three-day weekend to take it to £10.16m after three weeks on release.

The festive period may be over but Last Christmas has continued to draw audiences and is now up to £17.9m to date with a three-day gross of £41,910.

BFI Distribution’s release of a 4K restoration of Federico Fellini’s classic La Dolce Vita opened with £27,689 for a gross of £31,476 including previews.

Curzon opened Mikhaël Hers’ Amanda, first seen at Venice in 2018, which grossed more than $2m over nine weeks in its native France. On its UK release, it took £9,272 over the three-day weekend.