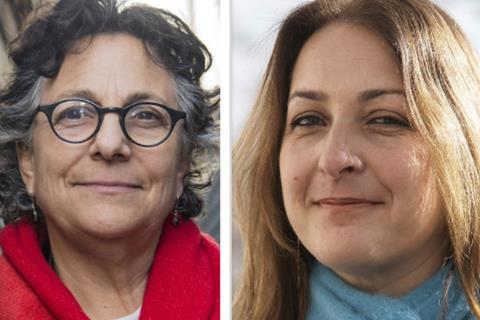 Steven Spielberg and Kate Capshaw’s Righteous Persons Foundation are among backers of Los Angeles-based film foundation Jewish Story Partners (JSP), which has launched with $2m in funding to support films across the spectrum of the Jewish experience.

JSP will announce its first round of grantees shortly and has earmarked $500,000 in grants to US-based feature length documentaries to be selected by jury panels.

The organisation said it plans to “significantly increase” its funding in the years ahead and expand eligibility to encompass international filmmakers and fiction projects.

“We’re thrilled to create something that is both additive to the independent film community as well as critical to the Jewish arts and culture landscape,” Grossman and Libresco said. “With the support of our incredible partners, Righteous Persons Foundation, Maimonides Fund, and Jim Joseph Foundation, we can accelerate the production and impact of excellent independent films.”

In addition to financial support in development, production, post-production, and release of film projects, JSP will provide ongoing support to accelerate completion and reach as wide an audience as possible.

Spielberg and Capshaw said, “There is nothing like storytelling to foster connections and help us understand life’s deepest truths. “We are especially proud to help establish this initiative – which will make visible a fuller range of Jewish voices, identities, experiences, and perspectives – at a time when social divisions run painfully deep and mainstream depictions too often fail to reflect the Jewish community in all its complexity. We hope that JSP projects will long be a source of meaning within the Jewish community and beyond.”

“We believe strongly in the power of storytelling to shape how people see the world and themselves,” said Mark Charendoff, president of Maimonides Fund. “We are excited to support JSP’s mission of getting more films out there that offer surprising and nuanced perspectives on Jewish life, and showcase the richness and diversity of the Jewish experience.”

“Education and connection are the core engine driving everything we support at the Jim Joseph Foundation,” said Barry Finestone, President and CEO of Jim Joseph Foundation. “We’re proud to support Jewish Story Partners because we view film as an electric, yet under-utilised conduit for Jewish education – translating knowledge into a medium that resonates with the next generation.”