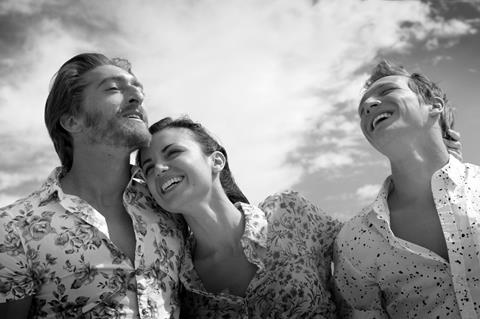 Show Me What You Got

Storyboard Media has acquired worldwide rights to Show Me What You Got, the feature directorial debut of Svetlana Cvetko, the cinematographer on best documentary Oscar winner Inside Job and Cannes selection Red Army.

Elisabeth Costa de Beauregard will introduce the black and white drama about a ménage à trois to buyers at AFM in November. Phillip Noyce served as executive producer and chairman Oliver Stone’s jury awarded the feature the grand jury prize for best film at the Taormina International Film Fest in Italy in July. Watch the exclusive trailer below.

Cristina Rambaldi, Neyssan Falahi and newcomer Mattia Minasi star in the drama, which evokes the French New Wave in style and tells of three late-twentysomethings in transition who form a deep bond: fun-loving Marcello is under the thumb of his Italian soap star father, French-Iranian actor Nassim yearns for a more fulfilling career, and artist Christine grieves the death of her grandfather.

The youngsters find joy together and through their relationship manage to escape their deeper anxieties, until a trip to Italy threatens the delicate balance. Cvetko and David Scott Smith wrote the screenplay.

Nikolay Sarkisov and Smith served as producers, while Sergey Sarkisov is an executive producer alongside Noyce. Show Me What You Got is produced by Double Take Pictures and Blitz Films and will receive its North American premiere at the Mill Valley Film Festival in October.