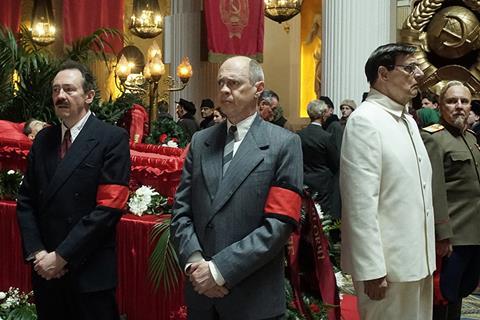 Armando Iannucci’s The Death Of Stalin was the big winner of the British Independent Film Awards’ craft categories, which were announced today (Nov 23) following a reception in London last night.

The craft awards have been overhauled this year and splintered from the main ceremony, with nine separate prizes taking the place of the previously all-encompassing ‘outstanding achievement in craft’ category.

The final two prizes went to God’s Own Country, with Anna Bertmark taking best sound, and The Ritual, where Nick Allder and Ben White took best special and visual effects.

The winners of the craft prizes will be invited to the 20th BIFA ceremony, which takes place in London on December 10. As previously announced, Vanessa Redgrave and Gary Oldman will be honorary awardees at the ceremony, which will be hosted by Mark Gatiss.

Read more: How the BIFAs are growing up this year