The Doc Day returns to Cannes for second year 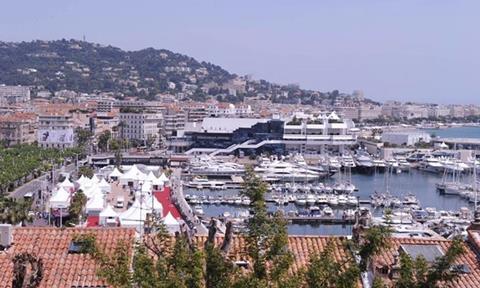 The Doc Day returns to Cannes on May 23 for its second year with the overarching goal of exploring how the non-fiction form creates impact and can bring peace to disrupted societies.

“In a world evolving from a society of facts to one of the big data, with fake news and populism invading the spheres of social networks, politics and press, documentary filmmakers are an essential voice to bring independent analysis through storytelling that helps to inform, engage and inspire us all to think critically and deeply about the challenges facing democracy in this Post-Truth Era,” Julie Bergeron, head of industry programmes at the Marché du Film-Festival de Cannes, said.

The afternoon session will kick off with the presentation of the L’Œil d’Or-Documentary Award to a film from one of Cannes’ sections, and continue with a conversation between JustFilms-Ford Foundation director Cara Mertes and Jude Ratnam, director of Special Screening selection Demons In Paradise.

Jérôme Paillard, executive director of the Marché du Film-Festival de Cannes, said: “The JustFilms–Ford Foundation is an active and instrumental partner of the Doc Corner and Doc Day at the Marché du Film. We are proud to associate with their goals to reduce inequality in all of its forms, and support artist-driven documentaries which are crucial to this effort. Just Films-Ford Foundation supports filmmakers who inspire imaginations, disrupt stereotypes, and help transform the conditions that perpetuate injustice and inequality.”

The conversation will be followed by the panel ‘Women Voices from the Arab World’ featuring Kaouther Ben Hania, director of Un Certain Regard entry Beauty And The Dogs, filmmakers Jihan El-Tahri and May Odeh, and Dox Box director Diana El Jeiroudi.

“We are often feeling powerless witnesses of the situation in the Middle East and Africa,” Pierre-Alexis Chevit, manager of the Doc Corner at the Marché du Film – Festival de Cannes, said. “Filmmakers are empowering films with a chance to have an impact and propose solutions.

“We felt it was important at the Doc Day to bring voices from audacious women from the Arab World who have the courage to give their insider’s overview with some achieved successes and battles still to come.”

Barbet Schroeder will close the afternoon session in conversation with Ally Derks about his Special Screening selection The Venerable W., the last instalment in Schroeder’s Trilogy Of Evil.

The programme will end with The Doc Lovers Mixer.

The Doc Day is organised by the Marché du Film with the support of JustFilms, Ford Foundation and the CNC in association with L’Œil d’Or- Documentary Award.