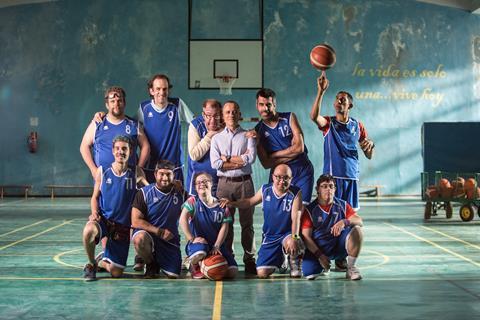 The Spanish Film Academy awarded seven prizes to The Realm, who led the race with 13 nominations, including best director for Rodrigo Sorogoyen; and crowned Javier Fesser’s Champions as best film.

Fesser’s comedy was the most successful Spanish film by far at the local box office in 2018 with a gross of $22m. Produced by Películas Pendelton, Rey de Babia A.I.E., Morena Films and Telefonica Studios, it was one the favourites with 11 nominations. But until Pedro Almodóvar went onstage at the end of the event to announce Champions as best film it looked like The Realm was in course for the top prize.

Arantxa Echevarría’s Carmen & Lola, which premiered in Directors’ Fortnight at Cannes, had eight nominations and was the only entry in the best film category to be directed by a woman. It won best new director for Etxevarría and best supporting actress for Carolina Yuste.

On the other hand, Asghar Farhadi’s Cannes opener Everybody Knows, with eight nominations, including for best film, best actress for Penélope Cruz and best actor for Javier Bardem left empty handed. And so did Isaki Lacuesta’s Golden Shell winner Between Two Waters.

Terry Gilliam’s The Man Who Shot Don Quixote won two of the awards for which it had been nominated: best make up and hairdressing (Sylvie Imbert, Amparo Sanchez, and Pablo Perona) and best line production (Yousaf Bokhari).

Ramón Salazar’s Sunday’s Illness, which premiered to critical acclaim at the Berlinale was surprisingly just nominated in one category, best actress for Susi Sánchez, and she won.

In a night where gender equality in the film industry was recurrently referred to by presenters and winners in their speeches, it was a bit surprising to see an all male cast of eight Spanish directors (Alejandro Amenábar, Jaume Balagueró, J.A. Bayona, Rodrigo Cortés, Álex de la Iglesia, Juan Carlos Fresnadillo, Paco Plaza and Nacho Vigalondo), celebrating the film and TV director Chicho Ibáñez Serrador, winner of the Honorary Goya this year.