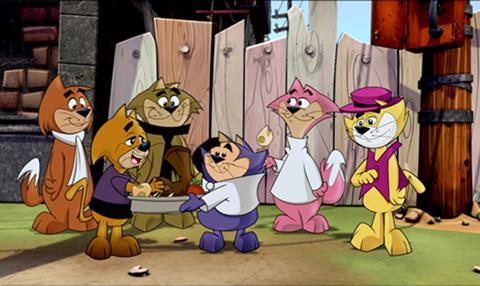 The follow-up to Top Cat: The Movie, which took $4.5m at the UK box office, Top Cat Begins tells how the eponymous hero pulled together his famous band of Manhattan alley cats, first assembled by US animation house Hanna-Barbera.

KFD is representing all rights, excluding Latin America and India.

Spencer Pollard, CEO, KFD, commented: “We are very excited to be working with Anima Estudios, bringing this latest chapter of Top Cat to a worldwide audience. As a leading global animation brand we’re looking forward to T.C. and his friends hitting screens everywhere in 2016.”

Also on KFD’s AFM slate is TIFF thriller River and corrupt cop documentary The Seven Five, which is set to be adapted into a feature by Sony.