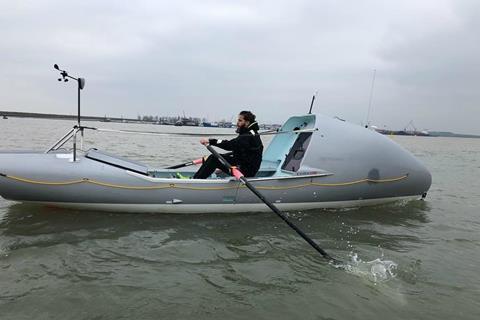 UK production company Genesius Pictures has begun shooting the feature documentary The Rower, which is tracking the first attempt to row solo non-stop from Europe to North America.

Filming has begun in Scotland and Northumberland on the title, which is being co-produced with the UK’s Messy Hands Productions.

The film is following the efforts of former Royal Marine Stu Morton to row non-stop solo from Lagos in Portugal to Miami in the US. He will launch his bid on October 28, and aims to average 75 miles a day with an estimated arrival of New Year’s Eve 2019 in Miami.

Kate Blewett, who won two news and documentary Emmys in 2002 for The Carper Slaves: Stolen Children Of India, is directing, with Debbie Gray producing for Genesius and Harvey Morgan for Messy Hands.

The Rower has been financed by private indviduals.