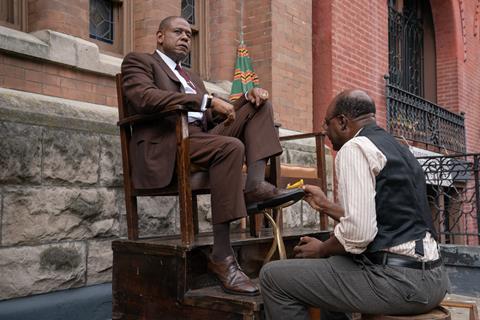 Also set for the festival’s third edition, which runs from September 12-15 in New York City’s Regal Battery Park, is a 25th anniversary celebration of Friends and a closing night screening of the musical finale of Amazon’s streaming series Transparent.

Whitaker and executive producers Chris Brancato and Paul Eckstein will attend a Q&A after the screening of Godfather Of Harlem (pictured), while Friends executive producers Marta Kaufman, David Crane and Kevin Bright will take part in a post-screening conversation about their still popular sitcom.

Tribeca festival director Cara Cusumano added: “This year’s Tribeca TV Festival programme, like TV itself, has something for everyone. We are bringing channel surfing to the big screen, as our audiences can experience - in just 4 days - the full spectrum of episodic storytelling; and we hope, discover their new favourite show along the way.”