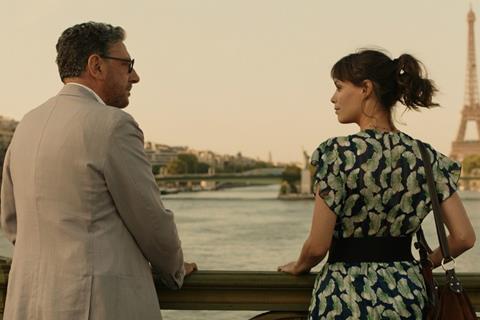 ‘A Bookshop In Paris’

Rome-based sales company True Colours has secured deals on a raft of titles out of the EFM, led by Sergio Castellitto’s romantic drama A Bookshop In Paris.

The romantic drama, now in post-production, marks the last screenplay written by the late Ettore Scola and has subsequently been adapted by Castellitto and novelist Margaret Mazzantini. It will be released in Italy by 01 Distribution and in France by Rezo Films.

An Italian release is scheduled for the second half of 2020 through Medusa, which also produces with Leone Film Group subsidiary Lotus Production.

The film, about a gay couple who are thrown into crisis when a friend asks them to take care of her children, took more than $9m (€8.2m) at the Italian box office when it was released by Warner Bros in December.

Prior to the EFM, festive adventure Once Upon A Time… In Bethlehem was sold to Germany (Smart Media), Australia (Palace), Russia and CIS (Pilotkino), and Hungary (RTL). Negotiations are ongoing for Spain.

In addition, Guido Chiesa comedy Say It Loud has been picked up for Australia (Palace) while talks are underway for Eastern European territories.

True Colours, which was forged as a partnership between renowned companies Lucky Red Distribution and Indigo Film Production, attended the European Film Market in Berlin last month with a reshuffled top team.