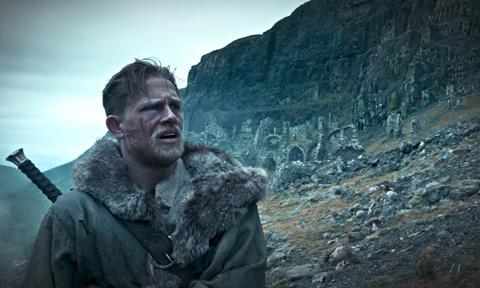 Thanks to its previews, King Arthur: Legend Of The Sword managed to debut top of the UK box office.

Fox’s sci-fi horror has now scared up $12.5m (£9.6m) and faces further blockbuster competition with the arrival of Pirates 5 this Friday, but will hope to act as counter-programming to the family-friendly market currently.

In its fourth weekend, Guardians Of The Galaxy Vol 2 returned to the top of the market on Saturday and Sunday.

This week sees saturation releases for Pirates Of The Caribbean: Salazar’s Revenge and Fox’s Diary Of A Wimpy Kid: The Long Haul.

Kaleidoscope Entertainment’s Spark receives a wide release, while Studiocanal’s The Red Turtle, Thunderbird Releasing’s I Am Not Madame Bovary and Curzon Artificial Eye’s The Other Side Of Hope are among the films receiving a limited release.