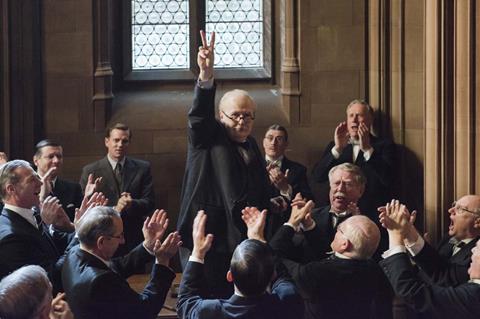 The period covers five of the major film festivals in 2017 (Sundance, Berlin, Cannes, Venice and Toronto) and the Academy Awards and Bafta Film Awards in 2018.

The report shows that UK film and British talent won 11 awards at the Sundance, Berlin, Cannes and Toronto film festivals, 15 at the Baftas and six at the Oscars.

Prominent British winners across the year at festivals include Francis Lee (directing award: world cinema dramatic at Sundance, for God’s Own Country), Lynne Ramsay (best screenplay at Cannes for You Were Never Really Here), and Charlotte Rampling (best actress at Venice for Hannah).

UK winners at the major awards ceremonies included Three Billboards Outside Ebbing, Missouri (best film and outstanding British film at the Baftas) and Gary Oldman (best actor at the Oscars for Darkest Hour).

The watermark for UK talent remains 2009, with 36 winners.