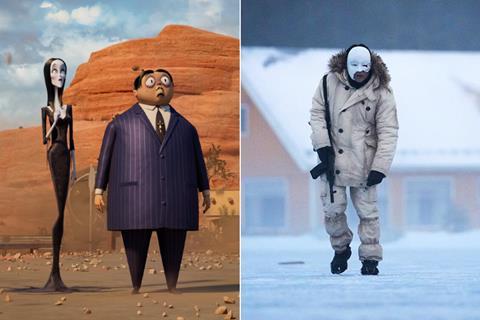 ‘The Addams Family’, ‘No Time To Die’

Animated sequel The Addams Family 2 is the major new release at the UK-Ireland box office weekend, as Universal stablemate No Time To Die continues to dominate screens.

Universal is releasing the film in 595 locations – an increase on the 551 start for the first film. That opened to a decent three-day total of £2.1m in October 2019 – the highest opening for any Addams Family film to date - as part of a £9.9m total.

Buoyed by Bond bringing audiences back to cinemas, Universal will look for the new Addams Family outing to play as counter-programming; a result in the same region would be a good one for the studio.

Heading into his second weekend, 007’s latest outing is expanding from last weekend’s opening – the widest ever for a film in the territory – with 778 sites this time out. The film is at £34.6m from eight days in cinemas; if it were to drop 40% week-on-week – which would be a worse-than-expected performance given the strong start – it would cross the £75m mark within four weeks. A strong hold could mean £100m is still in range, outstripping expectations prior to release.

Only six new titles are on release this weekend, compared to near 20-per-week in the weekends before No Time To Die, with many distributors waiting for the Bond behemoth to slow down.

Among the six is Wildcard Distribution’s Deadly Cuts in 80 locations. Irish filmmaker Rachel Carey’s feature debut premiered at the online Dublin Film Festival earlier this year; it is a black comedy set in a working-class Dublin hair salon, where the stylists become accidental vigilantes and community heroes as they take on the gang members and gentrifiers threatening their community.

After a company launch last month, new UK distributor Other Parties is debuting its first title Pier Kids in four locations, doubling that number across the coming weeks. Elegance Bratton’s US documentary premiered at Outfest Film Festival in the US in 2019, going on to play multiple leading LGBTQ+ film events around the world. It follows three gay and transgender young people of colour who find themselves homeless after coming out to their families, but discover community and chosen family around New York City’s Christopher Street Pier.

Also new this weekend is Oliver McGarvey’s romantic-themed documentary Romantic Road in limited shows in four locations through Blue Dolphin Films, in conjunction with Screenbound Pictures. The film, which debuted at Canada’s Edmonton Film Festival in 2017, follows a London lawyer and his wife who drive across rural India in a battered 1936 Rolls Royce to get to a human rights festival in Bangladesh. 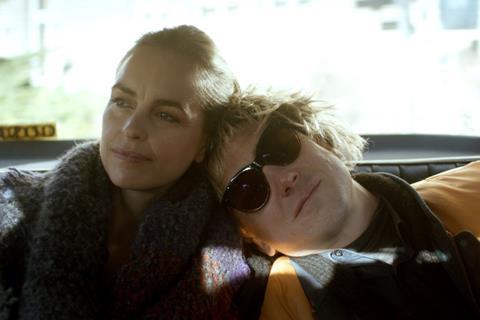 606 Distribution is handling an 11-site release for Stephanie Chuat and Veronique Reymond’s drama My Little Sister, which debuted in Competition at the 2020 Berlinale; while Trinity Film is releasing Li Jun’s Chinese action picture Cloudy Mountain in 36 sites.

Despite struggling for space, several non-Bond titles performed well last weekend, with increases for Paramount’s PAW Patrol: The Movie and Universal’s The Croods 2: A New Age. Former number one Shang-Chi And The Legend Of The Ten Rings has passed the £20m mark, while further holdovers include Disney’s Free Guy and Warner Bros’ The Many Saints Of Newark.