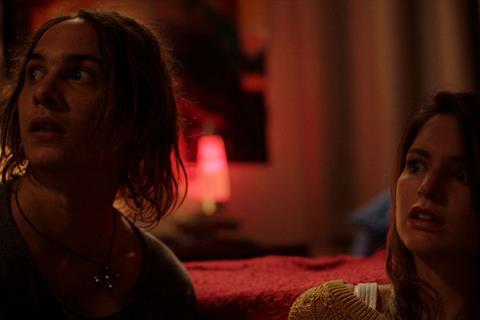 Chris Mul’s UK paranormal thriller Astral has scored a deal with Vertical Entertainment for North American distribution and has also been picked up for international sales by Film Seekers.

The film stars Frank Dillane (Fear The Walking Dead), Vanessa Grasse (Leatherface) and Damson Idris (Farming) in the story of a metaphysics student who discovers the practice of astral projection and the scientific possibility of a dimension outside our own. Coming to terms with the death of his mother, Alex turns to astral projection in an attempt to reconnect with her.

Eduardo Panizzo from creative agency Coffee and Cigarettes negotiated the deals on behalf of the filmmakers.

“We are thrilled to be in business with Vertical Entertainment, who showed a strong commitment to the film and we feel strongly they are the perfect home for the film in North America. Adding Film Seekers to handle international Sales, creates a dream team of sales and distribution,” Panizzo commented.