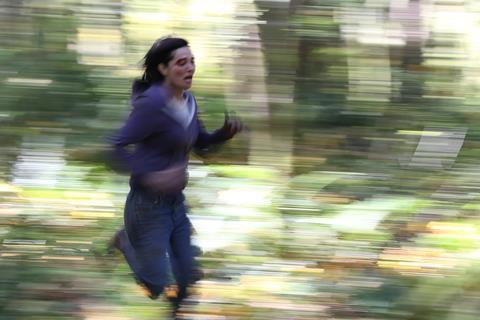 UK genre film festival Grimmfest has revealed the line-up for its 2020 edition, which will take place online due to the Covid-19 pandemic.

The festival, which runs October 7 to 11, will open with the European premiere of US psychological thriller Alone, directed by John Hyams, in which a grieving widow is pursued through the wilderness by a relentless psychopath.

Grimmfest has also secured four world premieres for this year’s edition, which include US features The Special, from filmmaker B. Harrison Smith, and They Reach, directed by Silas Dall. Others include Death Ranch, from UK filmmaker Charlie Steeds, and Malaysia-US horror The Medium, directed by Brando Lee.

The festival usually takes place in Manchester over four days in October but will screen its 23-strong programme of titles online due to the virus crisis.

Grimmfest has teamed with virtual cinema firm Eventive to host the festival, which will geo-block screenings in the UK and stream both live Q&As and pre-recorded interviews across the four days.

The festival plans to host its next live event at Manchester’s Odeon Great Northern in spring 2021.

Grimmfest previously launched a streaming platform in the first weeks of lockdown, offering horror films and shorts for free following the closure of cinemas nationwide.

The Special (US) World premiere
Dir: B. Harrison Smith

HP Lovecraft’s The Deep Ones (US)
Dir: Chad Ferrin

The Unhealer (US)
Dir: Martin Guigui