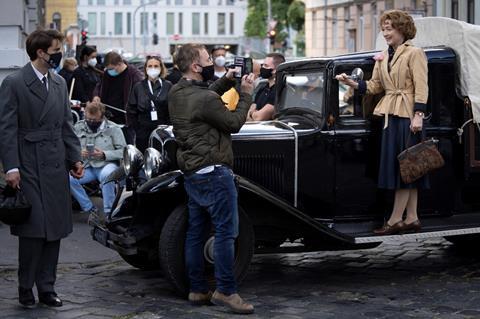 Universal Pictures International will release Mrs Harris Goes To Paris in the UK and internationally on February 25, 2022.

The drama starring Lesley Manville, Isabelle Huppert, and Jason Isaacs will open in North America via Focus Features on March 4, 2022.

Anthony Fabian (Skin, Good Hope) is directing the film from a screenplay by Carroll Cartwright, Fabian, Keith Thompson, and Olivia Hetreed, based on the novella of the same name by Paul Gallico.

The story centres on a widowed cleaning lady in 1950s London who falls in love with a couture Dior dress, and decides that she must have one of her own.

After she works, starves and gambles to raise the funds to pursue her dream, she embarks on an adventure to Paris which will change not only her own outlook, but the very future of the House of Dior.

Mrs Harris Goes To Paris is in partnership with the House of Dior, and eOne financed the project with support from National Film Institute of Hungary.