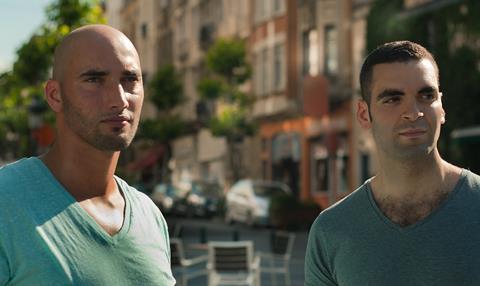 Wild Bunch has boarded sales on Belgian directing duo Adil El Arbi and Bilall Fallah’s upcoming feature Rebel, a family drama about a 13-year-old boy whose life stands at a crossroads following the death of his father.

The Moroccan-born Belgian directors’ last feature Bad Boys For Life - the third instalment of the Bad Boys franchise starring Will Smith - grossed $419m worldwide when it was released in January.

Driven by song, rap and dance, it stars big-screen debutant Amir El Arbi as a 13-year-old Moroccan boy growing up in the tough Brussels neighbourhood of Molenbeek, who is searching for his identity following his father’s death.

In the backdrop, his mother anxiously tries to keep him away from his older local gangster brother,

“Rebel is a true passion project,” said El Arbi and Fallah. “It is deeply personal for us to be able to tell this story about our generation, and those look for identity. We’ve assembled a powerful creative team and are excited to finally bring it to the big screen.”

El Arbi and Fallah’s other past credits include Gangsta, for which they continue to develop a sequel, and Black, which won the Discovery section at Toronto International Film Festival in 2015.