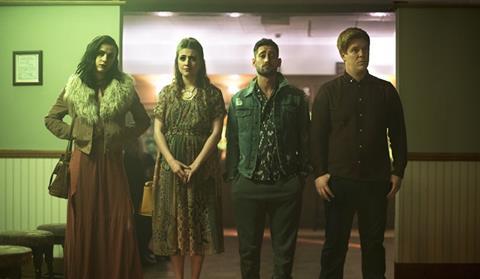 The co-production between Dignity Group and Stigma Films stars Michael Socha (This is England), Georgia Groome (London to Brighton), Danny Morgan (On The Road) and Kelly Wenham (Merlin).

The film follows the story of Jim, aided by his obnoxious but charming best friend Alex, on his quest to lose his virginity before he turns 30. The night before the big day they meet Kitty and Lulu, two beautiful sisters who seem determined to seduce them, but who secretly have another darker agenda for Jim’s birthday – virgin sacrifice.

Producers are Matthew James Wilkinson (The Call Up) and Maggie Monteith (Searching for Sugar Man), and the film is executive produced by Chris Reed of Freebie Films.

Fabien Westerhoff’s Film Constellation will introduce the project to buyers at the upcoming AFM. Additional market projects for the fledgling outfit include completed horror Lake Bodom, documentary David Lynch: The Art Of Life and development feature Cross My Mind with Sally Hawkins.