The dissident Chinese filmmaker is in post-production on the global refugee crisis documentary. 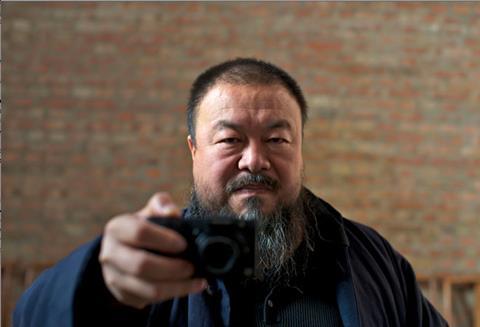 The film is in post and explores the catastrophe through footage and interviews from more than 22 countries shot by 25 films crews in Syria, Afghanistan, Bangladesh, Italy and other regions.

It was not known at time of writing whether Human Flow would fall under Participant’s sales deal with Lionsgate International announced in January that covers all territories outside North America, including available non-output territories on the Amblin Partners slate.

Ai Weiwei said, “Human Flow is a personal journey, an attempt to understand the conditions of humanity in our days. The film is made with deep beliefs in the value of human rights.

“In this time of uncertainty, we need more tolerance, compassion and trust for each other since we all are one. Otherwise, humanity will face an even bigger crisis.”

Participant Media CEO David Linde said: “There is no better place than being here in Berlin at this critical moment to announce this powerful film to a global audience.

“We are thrilled to be working with an artist and filmmaker of Ai Weiwei’s calibre and exceptional vision to tell this essential story.”