The multi-hyphenate and her Jolie Pas Productions have joined the filmmaking team on the upcoming animation. 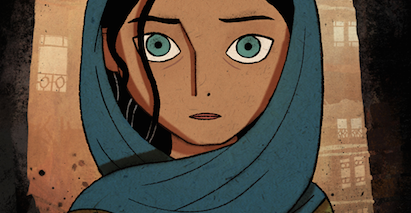 Jolie Pitt will serve as an executive producer on The Breadwinner, which is based on Canadian author Deborah Ellis’ YA novel and scheduled to begin shooting in August for an early 2017 delivery.

Nora Twomey, who co-directed the Oscar-nominated The Secret Of Kells, will direct from Anita Doron’s script based on the screen story by Ellis about a young girl living under the Taliban regime in Afghanistan who must disguise herself as a boy and look after her family when her father is imprisoned unfairly.

Tomm Moore and Paul Young of the Cartoon Saloon produce with Anthony Leo and Andrew Rosen of Aircraft Pictures and Stephan Roelants of Melusine Productions.

Jehane Noujaim and Karim Amer – the filmmakers behind documentary The Square – serve as executive producers alongside Gerry Shirren at Cartoon.

The Breadwinner was developed with support from Telefilm Canada, the Irish Film Board, the Film Fund Luxembourg, Corus Entertainment, the Harold Greenberg Fund and the Belinda Stronach Foundation.