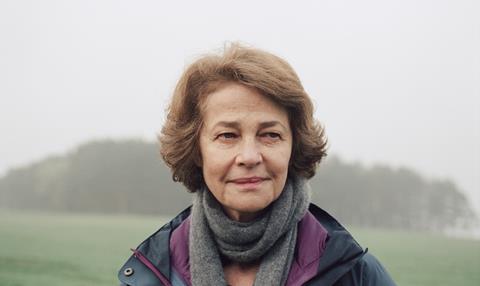 Jim O’Hanlon (A Hundred Streets), director of the 2009 BBC TV adaptation of Austen’s Emma, will direct from a script by British playwright Simon Reade who produces with Guy de Beaujeu for Fluidity Films (Private Peaceful).

Goldcrest Film has boarded sales and finance on the project on the verge of the EFM. Goldcrest’s Nick Quested and Pascal Degove will serve as executive producers.

Production is anticipated to begin in summer 2016 in the UK with additional casting underway.

Austen died in July, 1817 having written the first eleven chapters of Sanditon. The unfinished manuscript, which blends the writer’s hallmark coruscating satire and romantic comedy, was bequeathed to her niece.

Rampling is due to play the imperious nouveau-riche Lady Denham in the feature which charts the story of Charlotte Heywood who is invited by eternal optimist and entrepreneur Tom Parker to spend the summer season at Sanditon.

Intrigued to see (not so) polite society at play in the newly fashionable sea bathing resort, Heywood encounters a string of familiar Austen characters including Denham, the lecherous Sir Edward and the dashing, feckless Sidney Parker and his hypochondriac sisters.

Pascal Degove, managing director at Goldcrest Films commented: “Charlotte Rampling is responsible for so many indelible performances, she is perfect for the crucial role of the scheming Lady Denham. This is a genuinely fresh take on a well-loved genre – we expect enormous excitement from cinemagoers and distributors alike.”

Simon Reade and Guy de Beaujeu of Fluidity Films continued: “This is a brand new, never before seen Jane Austen. Her legions of fans worldwide will be thrilled with Sanditon’s romance, comedy, sardonic wit and its clever take on the modern obsessions of health and wealth that is quintessentially Jane Austen.”

Screen icon Rampling - who found herelf in the middle of a media storm last month following comments made about diversity during an interview with French radio - has been universally acclaimed for her performance in Andrew Haigh’s drama 45 Years, which saw her pick up acting awards in Berlin and Edinburgh, among other festivals.

She will next be seen in Ritesh Batra’s The Sense Of An Ending alongside Jim Broadbent, Michelle Dockery and Emily Mortimer.