EXCLUSIVE: Shoot is underway in Puerto Rico on comedy-drama sold by AMP International. 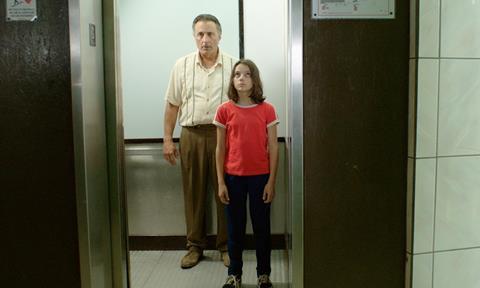 Screen can reveal the first look at the duo who play a street-smart urchin and a financially destitute car salesman whose friendship blooms after a chance encounter. The pair embark on a road trip to try and save him from bankruptcy…or worse.

The filmis written by Cris Cole (Mad Dogs) and directed by Charles McDougall whose credits include House Of Cards for Netflix, The Secret Agent for BBC, Secrets and Lies for ABC and The Office for NBC.

The film is produced by Luillo Ruiz’ (The Men Who Stare at Goats) The Pimienta Film Company. Executive producers Cyril Mégret and Walter Josten of Blue Rider Pictures are financing alongside Ruiz. James Norrie of AMP International is also an executive producer.

Ruiz, Cole and McDougall recently collaborated on the series Mad Dogs for Sony and Amazon Studios.