John Lennon And Yoko Ono film in the works

Michael De Luca Productions is working with Yoko Ono to produce the feature. 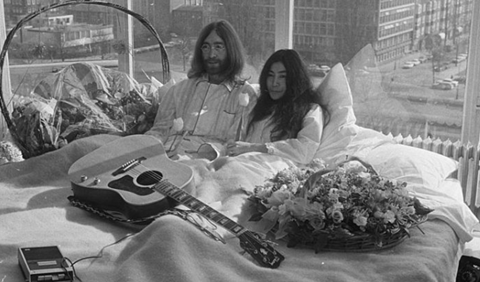 Anthony McCarten, Oscar-nominated for The Theory Of Everything, will write the screenplay and produce with Ono, De Luca, and Josh Bratman of Immersive Pictures.

De Luca said the story would focus on the themes of “love, courage and activism in the US – with the intention of inspiring today’s youth to stand up for and have a clear vision for the world they want.”

Music biopic specialist Bruce Kaufman of ICM Partners is on board.

De Luca has been nominated for an Oscar three times for The Social Network, Moneyball, and Captain Phillips.

Bratman, who worked as a production executive with De Luca for more than a decade, is the founder and head of Immersive Pictures and encouraged Ono to bring her story with Lennon to the big screen.