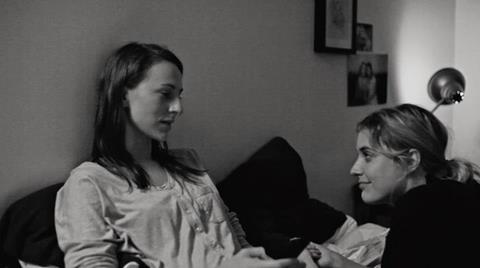 The film tells the story of a journalist couple who invite a man and woman into their idyllic village home, but what begins with an informal interview descends into a nightmarish fight for survival.

Jamie Patterson (City Of Dreamers) is directing the script written by Dave Allsop and Alex Francis, from a story developed by Allsop and Clint Langley.

The film is a Gael Films, Dandelion Productions and Castleview Films production, produced by Jeremy Davis, Christina O’Shea-Daly (The Fixer) and Francis.

The feature marks the first for former Maven Pictures senior vice president of development and production Alex Francis – a co-producer on Filth and Moon - under new banner Castleview Films.

The rising Sumner, daughter of pop star Sting and Maven partner Trudie Styler, will be seen in a number of anticipated 2016 titles including Danny Boyle-produced Battle Of The Sexes, Noah Baumbach’s Ye Din Ka Kissa and Doug Liman’s Mena as well as Styler-directed drama Freak Show.

Producer Francis is currently in development on thriller Emergence, which has Troll Hunter director Andre Ovredal attached to direct.