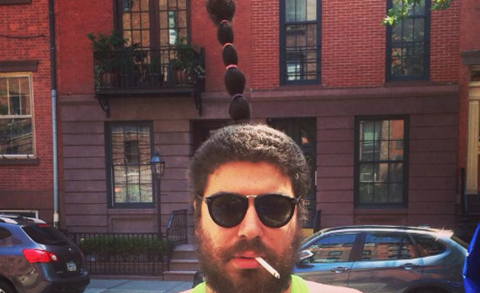 Scott Speer, whose credits include Midnight Sun and Step Up Revolution directs from a screenplay by Jason Filardi (17 Again). Diana Bang, Martin Donovan, Harvey Guillen, Gregg Sulkin, and Brec Bassinger round out the key cast.

Voltage boarded international sales rights in the run-up to Cannes on the Millennials-skewing story from Offspring Entertainment and Canada’s Brightlight Pictures, with whom Voltage has a three-year production and distribution pact.

UTA Independent Film Group represents US rights to Status Update, described as Big meets 17 Again for the Millennial generation, about a social outcast who receives a magical phone app from a foul-mouthed character (Ostrovsky, pictured) that causes anything he posts on social media to come true.

Beijing-based financier DNA Pictures and its partner Heyi Capital are co-financing and will handle distribution rights for Greater China as well as Chinese remake rights.

Status Update is the second film to go into production under Voltage’s deal with Brightlight after Colossal starring Anne Hathaway and Jason Sudeikis, which shot last autumn.