Taika Waititi's 'Hunt For The Wilderpeople' to star Sam Neill

New Zealand director scored recent hit with What We Do In The Shadows; Protagonist Pictures selling international. 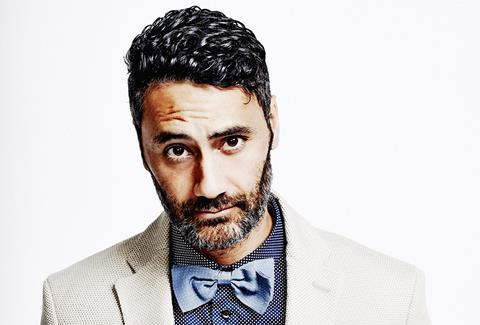 Taika Waititi, the New Zealand director who scored an international hit with vampire mockumentary What We Do In The Shadows, has recruited Sam Neill and young Paper Planes star Julian Dennison for his next film, Hunt For The Wilderpeople.

The comic adventure movie starts shooting next Monday (May 18) in New Zealand.

Madman Entertainment has acquired all rights to the film for Australia and New Zealand and will release in NZ in partnership with the producers.

Dennison plays a defiant young city kid who finds himself on the run with his cantankerous foster uncle (Neill) in the wild New Zealand bush. A national manhunt ensues and the two are forced to put aside their differences and work together to survive.

Waititi, also known for Eagle Vs Shark and Boy, has also written the screenplay for Hunt For The Wilderpeople, which is based on the book ‘Wild Pork and Watercress’ by bestselling NZ author Barry Crump.

He is also producing alongside Carthew Neal, Leanne Saunders and Matt Noonan. The film is a Defender Films and Piki Films and Curious production.

It is being produced with investment from the New Zealand Film Commission, Curious, James Wallace Productions Ltd and with the assistance of the New Zealand Government’s Screen Production Grant with financing by Kiwibank.