Frontières five team up on anthologies

As Montreal genre festival Fantasia’s Frontières International Co-Production Market wrapped, it emerged that five participants have teamed up to release a series of anthologies curated from the Little Terrors short film festival in Toronto. 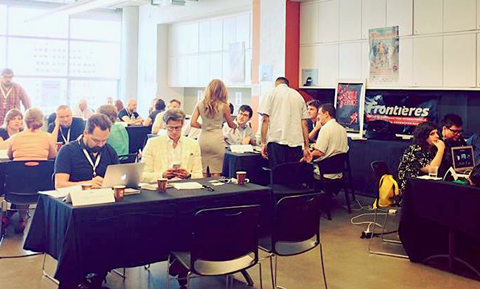 The series is the brainchild of Little Terrors founder Justin McConnell and Indiecan Entertainment’s Avi Federgreen.

Indiecan, Unstable Ground and Rue Morgue Magazine produce the anthologies, which will be released in the US through a partnership between Uncork’d Entertainment and Indiecan Entertainment, while Indiecan and Raven Banner Releasing will collaborate in Canada.

The first release, Minutes Past Midnight, is set for a limited theatrical release in early October, followed by North American VOD on October 18 and DVD on February 5, 2017.

Each release will feature selections culled from the last five years of Little Terrors that played around the world. Raven Banner Entertainment will handle outstanding international sales.

Xander Robin’s Frontières Goes To Cannes 2016 selection Are We Not Cats will close Venice Critics Week.

“We are beyond thrilled with the developments out of this year’s edition, which have again far exceeded expectations and prove that the Frontières community is only continuing to extend its international reach and influence throughout the film industry at large,” said market director Lindsay Peters.

Organisers said plans are afoot to launch the Frontières Finance and Packaging Forum in Amsterdam in February, 2017, as well as expand programming and networking activities for the genre film industry at the Cannes market.