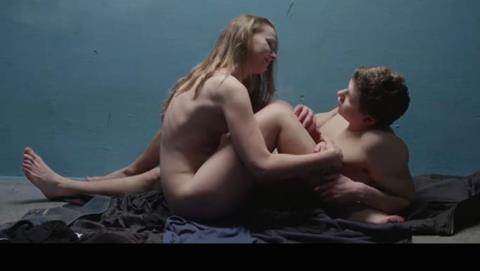 Metrodome has inked a UK deal with Alpha Violet for acclaimed Ukrainian drama The Tribe, which won four prizes at the Cannes Film Festival, including the Critics’ Week Grand Prize.

Writer-director Myroslav Slaboshpytskiy’s film charts the story of a deaf mute teenager who enters a specialized boarding school where, to survive, he becomes part of a wild organization – the tribe.

His love for one of the concubines will unwillingly lead him to break all the unwritten rules within the Tribe’s hierarchy.

The story is told purely through sign language without the use of subtitles or voiceover and features a cast comprised entirely of non-professional, deaf actors including leads Grigory Fesenko as Sergey and Yana Novikova as Anna.

Edwards commented: “Audacious, uncompromising and formally breathtaking, Miroslav Shlaboshpitsky’s shattering masterpiece takes the chilling saturnalia of the feral crime film and transposes it into an unnerving, singularly unforgettable landscape. It heralds the arrival of the most astonishing new filmmaking talent in years.”