20 films from the Americas to tempt festival directors in 2021 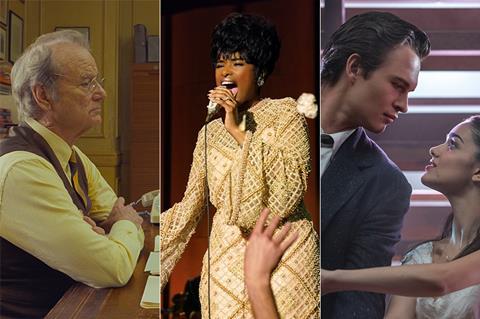 Dir. Mike Mills
C’mon C’mon stars Joaquin Phoenix in his first role since his Oscar-winning turn in Joker, so Mills’ fourth feature is understandably generating awards interest. Phoenix plays an artist who bonds with his young nephew on a cross-country trip. Mills’ feature credits include 20th Century Women, Beginners and Thumbsucker. Contact: A24

Dir. Claudia Llosa
In Fever Dream, a mystery about the parental bond based on Samanta Schweblin’s horror novel Distancia De Rescate, Llosa returns with her first film since 2014 Berlinale selection Aloft. Pablo Larrain’s Fabula is among the producers and the film shot in Chile. Llosa’s 2009 Berlin Golden Bear winner The Milk Of Sorrow earned an Oscar nomination. Contact: Fabula

The French Dispatch * (US)

Dir. Wes Anderson
After the pandemic wiped out the 2020 Cannes Film Festival and scuppered Searchlight Pictures’ plans for the US release on more than one occasion, the hope is this will finally be the year Wes Anderson’s The French Dispatch gets its festival close-up. Loosely based on The New Yorker, the all-star tale and Cannes Label selection centres on the correspondents at a fictitious expatriate American publication in the delightfully named Ennui-sur-Blasé. Anderson regulars Jason Schwartzman, Bill Murray, Owen Wilson, Tilda Swinton, Saoirse Ronan and Edward Norton are joined by Timothée Chalamet, Frances McDormand, Elisabeth Moss… the list goes on. Contact: Fox Searchlight Pictures

Dir. Adam Leon
Little is known about the third film from Leon (Gimme The Loot, Tramps) except that it stars Vanessa Kirby, the awards season heavyweight and Venice best actress winner for Pieces Of A Woman, which in itself is enough to spark interest. Leon’s 2012 comedy Gimme The Loot played at SXSW before landing an Un Certain Regard berth at Cannes, so he has festival pedigree, and this could be a big step up for the young American filmmaker. Contact: Animal Kingdom

The Last Duel (US)

Dir. Ridley Scott
In the four years since Getty kidnapping drama All The Money In The World came out, Scott has been dabbling in shorts and recently came out with HBO Max sci-fi series Raised By Wolves. The British veteran returns to film with a trip back in time to the Middle Ages and the tale of a knight ordered by King Charles VI of France to settle a dispute with his squire by duel. Long-time pals Matt Damon and Ben Affleck star as knight and king, respectively. Set to open in October, this will be catnip for the fall festival circuit. Contact: 20th Century Studios / Disney

Dir. Joel Coen
This starry Shakespearean adaptation marks Coen’s first solo feature project without brother Ethan. Denzel Washington and Frances McDormand play the tragic royal pretender and his power-hungry wife. The film was two-thirds of the way through shooting at Warner Bros Studios in Los Angeles when the Covid-19 pandemic shut it down. It returned to the set in July and is now in post-production for a 2021 launch. Scott Rudin produces. Contact: A24

Dir. Mélanie Laurent
The French actress/filmmaker’s latest effort — an adaptation of Kristin Hannah’s 2015 historical fiction novel — features sisters Elle and Dakota Fanning as siblings, working for the Resistance in France, who are wrenched apart at the start of the Second World War. Laurent directed Elle in her 2018 film Galveston. While the Fanning sisters have appeared in the same film – playing the same person at different stages in life in 2001’s I Am Sam – this would be the first time they’ve shared the screen. Contact: Sony Pictures Releasing

Dir. Liesl Tommy
A star vehicle for Jennifer Hudson as Aretha Franklin had been set to open this awards season before MGM pushed the film back to August, most likely angling for a high-impact festival launch and theatrical debut to get tongues wagging next season. The date means the only likely festival berth would be Out of Competition in Cannes. Directorial debutante Tommy charts the legendary soul singer’s life from gospel choir in Detroit to all-time great. Forrest Whitaker, Marlon Wayans and Mary J. Blige are among the key cast. Universal holds the UK and select territory rights. Contact: MGM

Dir. Tom McCarthy
After a diversion into family-friendly fare with child-detective comedy Timmy Failure: Mistakes Were Made, Oscar-winning Spotlight director McCarthy returns to serious subject matter with this Marseille-set drama. Matt Damon stars as a man who travels to France after his estranged daughter is charged with murder. Focus Features holds US rights and Universal will distribute internationally. Contact: Universal Pictures International

Dir. Natalia Lopez
Mexican editor Lopez — best known for her work on Amat Escalante’s Heli and Carlos Reygadas’s Post Tenebras Lux — makes her feature-directing debut with the story of a woman who questions her identity as she goes through a divorce. Supernova went through Ventana Sur’s Proyecta co-production showcase in 2018 and is expected to be ready this year. Argentina’s Rei Cine is among the producers. Contact: Rei Cine 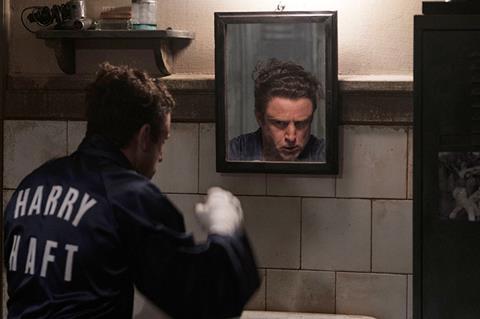 Dir. Barry Levinson
Ben Foster stars as Second World War concentration camp survivor and boxer Harry Haft. Forced to compete with fellow prisoners in deadly, bare-knuckle boxing matches for the entertainment of the prison camp guards, Haft is haunted by these experiences as he attempts to build a new life in the US after his liberation. Contact: Endeavor Content

Dir. George Miller
Sandwiched between 2015 multi-Oscar winner Mad Max: Fury Road and spin-off Furiosa, Miller has changed tack with this fantasy romance about a lonely woman, which stars Tilda Swinton and Idris Elba. Shooting started in Australia in December for a planned delivery in the autumn. MGM has US rights. Contact: FilmNation Entertainment

Dir. Joseph Kosinski
Exactly 35 years after the original propelled Tom Cruise to stardom, the actor returns for this sequel, reuniting him with Val Kilmer as sparring partner Iceman, and also featuring Miles Teller and Jennifer Connelly. Dated for July 2, 2021, it could make for an ideal out-of-competition slice of Hollywood glamour on the Croisette. Contact: Paramount Pictures

Dir. Paul Thomas Anderson
Which festival wouldn’t want to stage the world premiere of Anderson’s new film starring Bradley Cooper? Shot during the pandemic, it is part of a prestige stable of MGM features assembled by motion-picture group chairman Michael De Luca since his arrival a year ago. The film is believed to be set in the 1970s at a school in southern California’s San Fernando Valley, the backdrop to Anderson’s Boogie Nights, Magnolia and Punch Drunk Love. Contact: MGM

Dir. David O Russell
Russell reunites with his American Hustle star Christian Bale for this comedy also featuring Margot Robbie and John David Washington in the cast. Few other details have been revealed around the project. It’s been five years since the director’s last film Joy, which earned an Oscar nomination for Jennifer Lawrence. If Russell can navigate the pandemic to shoot early this year, there is an outside chance this new picture could land a festival slot before year’s end. Contact: New Regency Productions

The Velvet Underground (US)

Dir. Todd Haynes
Twenty-three years after Haynes drew on the life of singer/songwriter Lou Reed for Velvet Goldmine, he makes his first foray into documentary with this authorised portrait of Reed’s band The Velvet Underground. Working with DoP Edward Lachman, Haynes shot interviews with surviving members and other band associates in 2018, prior to Dark Waters. It is produced by Motto Pictures and Killer Films in association with Federal Films. Apple TV+ acquired world rights in October for a 2021 launch. Contact: Apple TV+

The Way Of The Wind (US)

Dir. Terrence Malick
Malick’s meditation on the life of Christ is in post-production having shot in Italy over the summer of 2019. Hungarian actor Geza Röhrig, best known for his role in Oscar winner Son Of Saul, plays Jesus alongside Mark Rylance as Satan. Matthias Schoenaerts and Ben Kingsley also feature in the cast. Malick’s last feature A Hidden Life debuted in Competition at Cannes in 2019. Contact: Josh Jeter, producer

Dir. Steven Spielberg
Spielberg’s musical adaptation based on the book and 1957 Broadway production with an updated script from Munich and Lincoln screenwriter Tony Kushner is dated for December 10, nearly one year after its original release slot before the pandemic got in the way. An AFI Fest premiere towards the end of the year would seem the most likely platform, should Spielberg want it, although New York Film Festival in October would be the film’s spiritual home. Ansel Elgort and Rachel Zegler play the leads Tony and Maria in the story of forbidden love inspired by Shakespeare’s Romeo And Juliet. Contact: 20th Century Studios / Disney