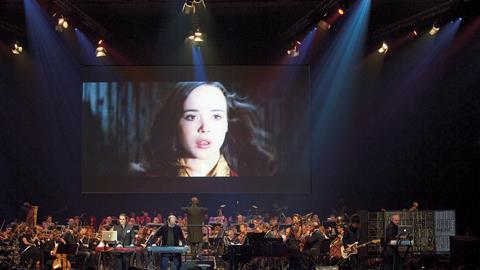 It was 2001, and Lebanese-French composer Gabriel Yared was celebrated at the first film music concert organised by the fledgling World Soundtrack Awards (WSA) in Ghent.

His credits at the time included The English Patient and The Talented Mr. Ripley. Since then, the prolific Yared has scored a further 50 feature films and TV series. And he had planned to return to Belgium this year to celebrate 20 years of the WSA and as this year’s lifetime achievement award honoree – but the Covid pandemic and recent spikes in the country means he can no longer attend in person and instead will accept his award over a livestream this Saturday (October 24).

Ghent-born composer and conductor Dirk Brossé was also there to conduct that concert in 2001, and has held the baton for all the editions since then. Brossé, who is now the music director at Film Fest Gent and chair of the WSA advisory board, remembers that first year with fondness.

“We started quite innocent but with a big ambition,” he recalls. “We had no idea it would become a worldwide organisation that has grown so much.”

There was already industry support for that inaugural event: John Williams accepted the composer of the year prize for A.I. Artificial Intelligence, while Craig Armstrong, still a rising talent, won the discovery award for his work on Kiss Of The Dragon and Moulin Rouge!.

The World Soundtrack Academy established the World Soundtrack Awards to fill a gap in the industry, becoming the first place where film music composers could take the spotlight and not be sidelined while the public and press fawned over actors and directors. “In Ghent, with the WSA we were the first worldwide organisation that focused on film music,” Brossé says proudly.

Film Fest Gent – or Flanders International Film Festival as it was then known – had been promoting music in film since 1985, but made it official in 2001, partly inspired by the success of a 2000 concert with Hans Zimmer.

Twenty years later, there are many film music events around the globe – Krakow, Tenerife and Zurich to name a few. But the WSA, still held at Film Fest Gent, is seen as the gold standard. 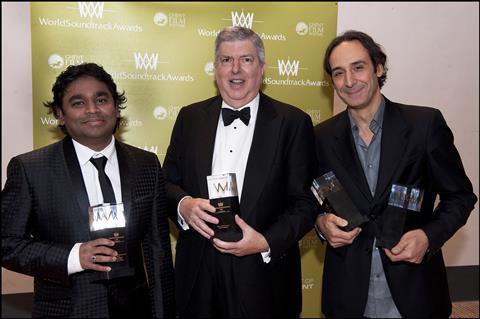 It is also becoming popular for serious orchestras to play film music, which was not true back in 2001. “We wanted to show that film music, even when you take it from the film, can survive as an independent form of art,” says Brossé. “Now there is more awareness from composers that the music can have another life… they even write some cues that can be configured for a concert setting.”

The WSA has grown in size as well as scope says Maggie Rodford, managing director of London and Los Angeles-based music company Air-Edel Group and a WSA advisory board member. “It has got bigger, but it’s also grown in its reach. Composers come in from all over the world now. It’s also grown in the amount of respect.”

This is a challenging year to celebrate an anniversary. The awards and concert will be delivered online for the first time, livestreamed on October 24. This has a potential silver lining for Brossé: “Instead of the 1,500 people who usually come to Ghent, maybe now we can reach 1 million people online.”

The concert – which will be pre-recorded without an audience – will include the compositions of last year’s discovery of the year recipient Michael Abels, followed by the work of Alexandre Desplat and Yared. While WSA organisers initially hoped all three composers would be able to travel to Ghent, travel restrictions have disrupted those plans.

As usual, Brussels Philharmonic delivers the concert; this year, because of Covid-19 health measures, the number of musicians on stage will be capped at 50. “They are an amazing orchestra that really understands the language of film music,” Brossé says. “They play year after year with passion.”

Brossé himself is also a selling point for the WSAs, says Rodford. “He brings such musicianship. It’s unique having a figurehead like that, who is respected by the composers. Many of these composers have never heard their music in a live setting, only a recording setting. Dirk manages to make them feel calm, has good suggestions and is always mindful of their creativity in their compositions.”

As Yared has said, Brossé “is at the service of the composer and he does so wholeheartedly and most skilfully”.

Brossé makes sure the composers receive the support they need, both logistically and emotionally. “We do everything for the composers. If they need a rare instrument we find it,” he says. “Ryuichi Sakamoto wanted to find original Chinese instruments – like an erhu and pipa – and we made it possible.”

The home in Ghent, with its cobble­stone medieval heart, is also very important for the friendly vibe of the WSA. “It’s a unique event because it’s on completely neutral ground, it’s not Hollywood or London,” notes Rodford. “It’s fantastic for the composers to have a forum to meet each other in a relaxed way. Even Brussels would feel too big.”

As US composer Angelo Badalamenti has said of Ghent: “It is infused with an appreciation of culture and a wonderful human spirit.”

Yet, this is a community that is not often brought together. As Rodford says: “It can be quite lonely for composers. People feel rejuvenated after having a conversation with someone they’ve always admired, or trading war stories.”

There have been many memorable occasions over the past 20 years. Badalamenti’s concert in 2008 was a personal highlight for Brossé. “At first it was difficult to convince him to come, but once we got him on stage, we couldn’t stop him playing the piano. He was moved to tears.” 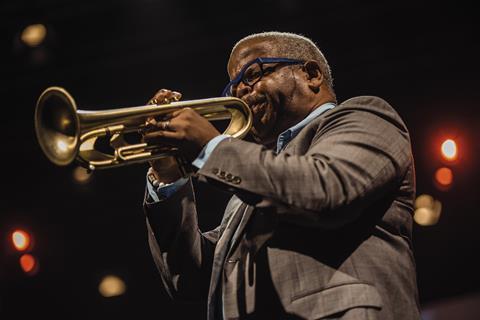 US trumpeter Terence Blanchard also delivered an emotional performance of his score to Spike Lee’s When The Levees Broke in 2017. “It was so moving hearing the score and also hearing him talk about his friends and family members who had suffered in the floods [of New Orleans during Hurricane Katrina in 2005],” says Brossé.

Rodford suggests the newcomers can be just as impressive. Greek composer Evanthia Reboutsika won the discovery award in 2006 and came back in 2007 to perform on her violin. “Her performance was wonderful and wild, so full of energy. It was great to see her have that platform and be recognised more globally not just in Greece.”

A key aim of the academy and awards is to support emerging talent. Michael Abels, who scored Get Out and Us for Jordan Peele, was named discovery of the year in 2019 and other past winners of the award include Nicholas Britell for Moonlight (2017) and Gustavo Santaolalla for 21 Grams (2004).

The WSA also organises an annual composition contest for composers under the age of 36. The winner receives a cash prize and a professional recording of the composition, plus valuable exposure. This year’s competition received more than 100 submissions. The academy added the TV composer of the year award in 2016, conscious it must keep up with changes in the wider industry.

The awards are voted on by more than 165 peers and are guided by the advisory board, which also includes experts such as music supervisor Randall Poster, WSA founders Marian Ponnet and Jacques Dubrulle, composer Michael A Levine, producer Robert Townson and more.

Brossé knows the organisation can celebrate its 20th birthday while also looking ahead. “We have to open our minds and see what’s going on. If the focus is changing from writing for features to writing for TV, we can adapt. Net­flix has fantastic scores, even with gaming there are wonderful scores. We will follow the new genres but we will keep our own identity.”