The Swedish writer/director talks about her love for John Cassavetes, her admiration for single parents and taking up the piano during the pandemic. 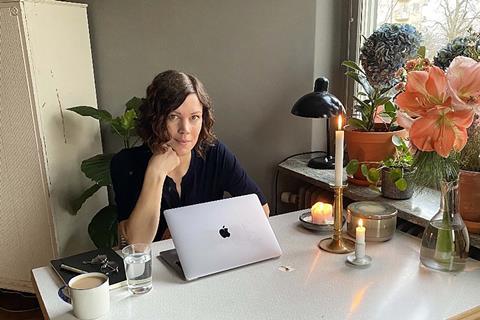 Her second feature Charter premiered at Sundance in January 2020 and is Sweden’s submission for the international feature film Oscar as well as the leading nominee for Sweden’s Guldbagge Awards. Ane Dahl Torp stars as a Swedish mother who illicitly takes her children to the Canary Islands because she fears she will lose custody of them.

Kernell, who is a graduate of the National Film School of Denmark, is currently writing her next project, which she describes as “a love story that also involves curses”.

Where do you do your writing?
I usually go to an office at the production companies I work with [Nordisk and Filmlance], but during the pandemic I am working in my living room [at her home in Stockholm]. And I have a wall of Post-It notes in the bedroom for the structural overview — it really helps to see everything up on a wall.

Who do you look up to in the industry and why?
Single parents. They are my heroes. That’s maybe after making a film about a difficult divorce.

What was your favourite film growing up?
What truly made an impact on me, when I was 14, was Show Me Love from Lukas Moodysson — seeing a film about two young girls that could have been my friends, and was a real story that had success and was valued. This made me believe I could make films.

What is your favourite festival?
A tough question. Sundance has shown my films three times [short Northern Great Mountain in 2015 and features Sami Blood in 2017 and Charter in 2020]. I feel very welcome there as a filmmaker and encouraged in what the festival does, and who you meet there and the audience. There is such a love for film at Sundance — it’s a great way to meet your first audience. With Charter, I had women coming up to me on the street to talk about their divorces.

With whom would you most like to take a meeting?
I am a big [John] Cassavetes fan so if my answer can involve time travel, I would have loved to have met him. Also, I like to read a lot of quotes from Robert Bresson when I’m planning a film, so he would also have been interesting to meet. 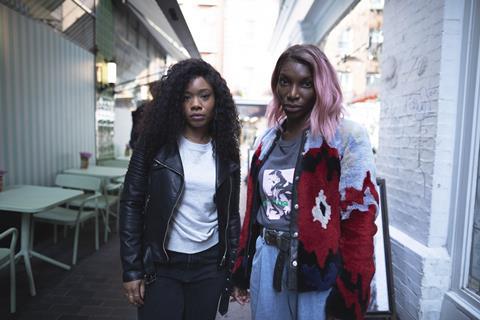 What excites you about the future of the business?
It excites me that there is now this overlap of people who make films and series: you can have personal stories and strong voices in the series form too, where it can be expanded. Looking at shows like [Michaela Coel’s] I May Destroy You — it excites me being in an industry where that’s being done, and also watching it as an audience.

What is the biggest challenge facing the business?
I’m worried for cinemas. We still need films and that sort of contained story and specific way of being. We need that sacred space, to have that emotional experience together, to be swept away and forget yourself.

What job would you do if you didn’t work in film?
Maybe a therapist. I’m interested in other people and their stories and what they feel and how they think.

What book are you reading?
Billy-Ray Belcourt’s This Wound Is A World. Poetry is like films, sometimes.

Where do you want to be five years from now?
In a house by the sea. I hope to continue writing and directing. I’ve been privileged to make personal, socially engaged films about things I desperately want to talk about. I hope I can continue doing that.

What’s the one TV series everyone should watch this year?
Normal People made a huge impact on me. I’m into love stories right now… The most difficult thing you can do is film two people in a room and make it interesting to watch.

What do you do to unwind?
I started playing the piano, just recently during the pandemic. Other­wise I’d go to the sea. In Stockholm there is the archipelago, you can take your car or bike and get out on the boats and the islands. And lately I’ve been winter bathing [cold-water swimming]. Normally I would go to the cinema.