"Questions were asked in parliament": the story behind LGBT film festival BFI Flare 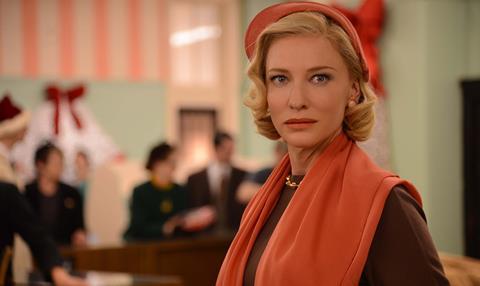 When in 1986, film programmer Mark Finch persuaded the British Film Institute (BFI) to let him present a seven-day season of nine gay and lesbian features under the banner Gays’ Own Pictures, nobody would have envisaged the scale and popularity of the annual festival that resulted – or its status within the BFI calendar.

As the 30th edition of London’s LGBT film festival sets to launch this week with the world premiere of the Duncan Kenworthy-produced The Pass at the 1,679-capacity Odeon Leicester Square, the BFI can be forgiven for allowing itself a celebratory mood over the event it rebranded Flare two years ago.

Programmers past and present all concur regarding the distance the festival has travelled in its 30 years. Says Briony Hanson, co-programmer from 1997 to 2000 and now director of film at the British Council: “I look at the festival now, going to the press launch and witnessing all the trailers and the pizzazz and the professionalism, and I just don’t recognise the festival we had back then.” This is not intended as a criticism.

Hanson describes the festival in those relatively early years as “not quite homespun” but “relatively low-key” and, crucially, “relatively low-key within the BFI”. She adds: “It got very specific attention in a small community, which doesn’t make it any less important, but that’s just what it was. While I’m thrilled that the BFI initiated the festival and allowed it to exist in those first years, it’s in a much healthier position now where it’s really seen as a key part of the BFI’s life.”

Brian Robinson, who has been part of the programming team since 2000 (and has worked at the BFI in various capacities since 1987), remembers the origins of the festival, and an important precursor: a season of 30 features called Images of Homosexuality, programmed in summer 1977 by Richard Dyer at what was then the National Film Theatre (now BFI Southbank).

“Questions were asked in Parliament about whether this sort of thing should be funded at all,” recalls Robinson. “It was the summer of punk and the Queen’s Silver Jubilee. It was a watershed in the history of gay cinema in Britain, which had no counterpart anywhere else in the world.”

While the support of the UK’s national cinema helped to give the London Lesbian and Gay Film Festival (as it became in 1988) official kudos, the BFI brand didn’t always cut much sway with distributors and sales agents.

“The biggest challenge for me was always that what I thought was a great gay film, I was always being told was not a gay film,” says Robin Baker, co-programmer from 1996 to 1999 and now head curator at the BFI National Archive.

“For example, Wong Kar-wai’s Happy Together, which I still maintain is one of the most interesting gay films I’ve ever seen, the distributor’s response was: ‘It’s not a gay film.’ The subtext being: ‘It’s a good film, therefore you’re not having it.’” (In BFI Flare’s 30th Anniversary poll of the best LGBT films of all time, Happy Together ranked third, after Carol and Weekend.)

Hanson and her successor Tricia Tuttle (2001-2003), who both programmed in an era where the responsibility for film selection rather divided on gender lines, faced an additional challenge. “It was really difficult to find good quality lesbian work,” says Tuttle, now deputy head of festivals at the BFI under Clare Stewart. As for the other letters in the LGBT initial set, says Hanson, in her era, “there was possibly a bit of bi. And not really any trans.”

The festival faced its toughest challenge in its 25th year, when a massive budget crunch at the BFI prompted all areas of activity to undergo review. The event scrunched down from 15 to just six days that year – a reduction that ended up proving creatively rejuvenating.

“That was a wake-up call for a lot of people who had taken the festival for granted,” says Robinson. “With a shorter festival, demand for tickets was intense, and that support we got from audiences gave us a fantastic boost. We’re still enjoying the benefits of that reining back. We’re not a 15-day festival any more. We’re an 11-day festival now, but our audience is actually bigger.”

Tuttle cautions against expectations of further growth “because we are at 85 percent box-office capacity. We use all the screens at BFI Southbank. We tweak at the margins. The festival is just massively popular, and we can’t get more people in.”

Instead, the Flare brand has been expanded to monthly presentations of films at BFI Southbank and its own space on the BFI Player – developments that have certainly been helped by the name change from the previous unwieldy moniker.

Stewart, the BFI’s head of cinemas and festivals who initiated the interrogation of the London Lesbian and Gay Film Festival name, and BFI chief executive Amanda Nevill can both take credit for the steadily increasing visibility of Flare at the heart of the BFI project, a process that began under Stewart’s predecessor Sandra Hebron. Meanwhile, BFI Film Fund director Ben Roberts has been instrumental in developing the LGBT filmmaker mentorship scheme that launched at last year’s Flare and runs again this time.

The high-profile roles within the industry now occupied by so many of the event’s former programmers – “It’s like the lunatics have taken over the asylum,” jokes Hanson – neatly echo the festival’s growing prestige.

Another one of the early programming team, Tim Highsted (1993-1995), now head buyer for film at Channel 4, comments, “I think the festival has become stronger in its sense of what its own purpose is. It’s held on to its own roots, but it’s also grown. Opening with such a high-profile British film as The Pass, it suddenly seems obvious that it would be there. I wonder if, 30 years ago, we’d be struggling to get that for the opening night movie.”

The fact that The Pass star Russell Tovey was recently seen on TV screens in HBO series Looking might cause some to question whether – in today’s age of year-round content including Cucumber, Orange Is The New Black, Transparent and films such as Carol, Tangerine and The Danish Girl – the continued need for an LGBT festival is quite so urgent.

Robinson points to the fact that Looking director Andrew Haigh received his first platform at the London event with the world premiere of his 2009 feature Greek Pete: “He didn’t come from nowhere. You’ve got to have a showcase where people can take their first steps.”

For Tuttle, the increased visibility goes hand in hand with Flare’s steadily increasing reach. “It all just builds people’s excitement.”

Baker sees the developments at Flare in broader terms. “The changes in social attitudes of people across the UK towards LGBT people and also the rights that you hold, that is the transformation. Does the festival feel as politically urgent as it did in the 1980 and into the ‘90s? No, not so much. Is it still a really valid way of engaging with community interests? Absolutely.”