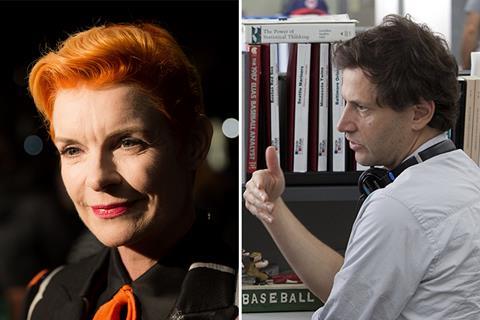 Oscar-winning costume designer Sandy Powell and US director Bennett Miller have been named as the final two masters at the Doha Film Institute’s talent and project event Qumra, running March 9-14.

Organisers the Doha Film Institute also unveiled details of the 34 projects from 25 countries – in various stages of production - that have been selected to attend the event.

They include Weldi, the upcoming feature by Tunisian director Mohamed Ben Attia, whose picture Hedi won best first feature at the Berlinale in 2016, as well as Palestinian-British director Basil Khalil’s A Gaza Weekend, his feature debut feature after Oscar-nominated short Ave Maria.

The five masters will attend the event unfolding in and around Doha’s historic souq and Museum of Muslim Art to mentor the up and coming film-makers in attendance.

The UK’s Powell, who recent credits include Martin Scorsese’s upcoming The Irishman, has won the Costume Design Oscar three times for Shakespeare In Love, The Aviator and The Young Victoria.

The selection of Powell as a master marks push in a new direction for Qumra which has previously invited directors and producers as mentors.

“It’s fresh and refreshing to head in different directions and bring this focus on craft and this very creative element of film. We’re always trying to keep it interesting,” said DFI artistic director Elia Suleiman.

“Sandy Powell’s adeptness at transporting audiences into directors’ environments makes her a modern legend in design while Bennett Miller possesses a powerful ability to dissect social constructs by skilfully tapping into the psyche of his protagonists.”

DFI CEO Fatma Al Remaihi added: “We are honoured to be hosting five of the most celebrated contributors to contemporary world cinema. All creative visionaries in film, their presence in Doha and interaction with Qumra delegates will incredibly benefit emerging filmmakers, and inspire them to take their works to the next level.”

“With the masterful crafts of Sandy Powell (OBE) and Bennett Miller, the Qumra Masters will push the conversation and learning in exciting new directions this year.”

Participants at the six-day event will take part in bespoke industry sessions aimed at their projects, ranging from masterclasses to workshops and one-on-ones with some 100 international industry professionals attending the event.