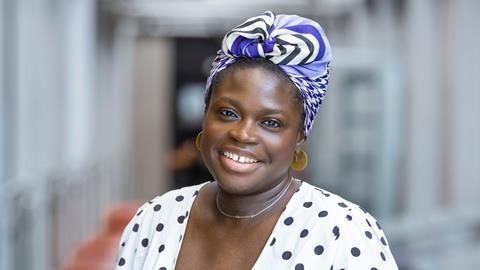 Growing up with her actress mother Claudette Williams, Aisha Bywaters caught the theatre bug from an early age, and was in the National Youth Theatre as a teenager.

“I quickly realised I wasn’t the best actor,” she says. “I knew I wanted to work in this field, but I didn’t know in what capacity.”

Bywaters found her niche when she helped cast a play for London’s Tamasha Theatre Company. “It was like, ‘Oh my goodness, I did not know this was a job,’” she says with a smile.

A series of internships led to a six-year stint at Shaheen Baig Casting, earning multiple casting associate credits and then, beginning with 2012’s My Brother The Devil, joint casting director credits. Bywaters set up her own company in 2015, but collaborated again with Baig on Shola Amoo’s The Last Tree (2019) — together earning a British Independent Film Award casting nomination. “It was really nice to be nominated with someone who I consider a fantastic mentor,” says Bywaters. “And [for] a piece of work that reflects the London that I see.”

The casting director’s most recent credits includes Henry Blake’s acclaimed County Lines, the story of a 14-year-old groomed to be a drug dealer. Bywaters looked at “hundreds” of candidates to play the young protagonist, despite being “quite certain, quite early on” they had found him in fellow Star of Tomorrow Conrad Khan. Next for Bywaters was Lucy Brydon’s Body Of Water, which is currently scheduled to open in UK cinemas on October 16, and stars Sian Brooke as a woman with an eating disorder.

Bywaters says she has been drawn to films that are “independent, social-realist and character-driven”, as well as ones that allow her to pursue the right actor for the role without excessive regard for their ability to attract finance. She carried that ethos into Nida Manzoor’s Channel 4/Working Title Television series Lady Parts, about a Muslim female punk band, which is currently shooting: “It’s about finding a lot of new talent, which I find really enjoyable.”