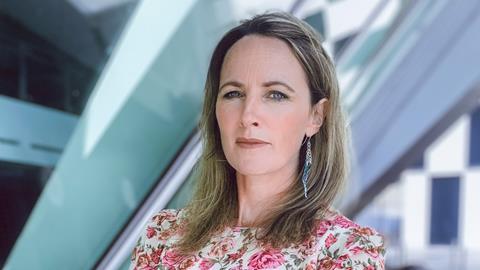 It was a chance encounter with filmmaker Shane Meadows that saw Helen Behan transform from a nurse into a Bafta-nominated actress.

Born in Laytown on the east coast of Ireland, Behan was in a local pub when a friend pointed out the director of This Is England at the bar. “Shane was over here on a family holiday,” she recalls. “I was a big fan of his films but couldn’t have picked him out. But, Dutch courage on board, I went over and got chatting.”

The mother-of-four had already spent the best part of a decade as a nurse but had dreamt of becoming an actress from an early age. Two months later, Meadows’ production company Warp Films called, and Behan auditioned and won a role in drama series This Is England ’88, playing a nurse opposite Vicky McClure. “After that, I thought I’d soar to new heights but, of course, it’s not like that,” she says. After “a lot of rejection”, Behan worked with Meadows again on This Is England ’90 in 2015 and played the role of a pathologist in Irish TV crime drama Taken Down in 2018.

But it was last year that Behan began her streak. First came Channel 4 drama The Virtues, which saw Meadows write a part with Behan in mind. She received Bafta TV and Irish Film & Television Academy nominations for best supporting actress.

Then came one-off TV drama Elizabeth Is Missing, in which Behan starred opposite two-time Oscar winner Glenda Jackson. “Being chosen to act opposite Glenda Jackson, I finally feel like this is my job now — like I’m finally worthy,” she says.

Behan will next be seen in Cathy Brady’s Irish drama Wildfire, which debuted at Toronto, and has a role in upcoming AMC anthology series Soulmates. “I’m not 21 anymore so the parts can be limited to mother or sister, but I’m most interested in playing darker characters, criminals,” she adds. “People are quick to judge people with dark pasts but, through my work as a nurse, I’ve learned there are always reasons why people act out. It’s their stories I would like to tell.”