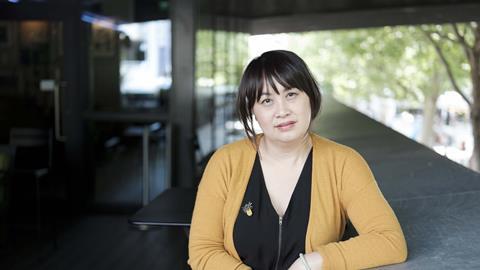 British-Vietnamese producer Chi Thai will shoot Paris Zarcilla’s debut feature, horror Raging Grace, this November in the UK. With inspirations including Get Out and Parasite, the film centres on an undocumented Filipina immigrant who lands a job that ensures a better life for her and her daughter, only to discover it will destroy everything she holds dear. Thai says the film will connect with “any group that’s been confronted with marginalisation or oppression from systemic forces”.

To support Zarcilla while writing the script during the pandemic, Thai used money from the 2020 BFI Vision award for her company Last Conker. AMC-owned horror platform Shudder fully financed the film in April.

It is the latest step forwards for Thai in a career that kicked off at Leeds’ Northern Film School, where she graduated in 2001. She stepped away from the industry around the time of the 2007-08 recession, before returning a couple of years later “with a real intensity” after becoming a parent.

A passion for inclusion led to producing Kim Albright’s 2016 short The Purple Plain, about the 13 women who underwent NASA astronaut training in the early 1960s. Matt Kay’s short doc Little Miss Sumo followed, about a female sumo wrestler’s struggle against tradition and stigma. Netflix picked it up after it played at Tribeca 2019, releasing it in October that year.

The Promise, a 2020 animated short made for the BBC based on Nicola Davies and Laura Carlin’s book, was presented at Doc Society’s Climate Story Lab, and launched in more than 1,500 UK schools. Her upcoming slate includes children’s animated series Me… Jane with Ireland’s Cartoon Saloon, based on Patrick McDonnell’s picture book about UK primatologist Jane Goodall; plus Dark Chapter, adapted from Winnie M Li’s Not The Booker prize-winning crime fiction.

This year Thai and cinema analytics executive Delphine Lievens published The Exclusion Act, a report indicating how the film industry is failing British East and Southeast Asians (BESEA). It found only 0.8% of British films in the last 10 years come from that diaspora. “I want to work bigger, and with partners that help me do stories that centre on BESEA people,” she says.