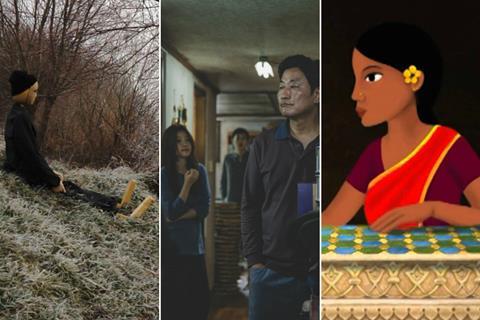 Dir: Bong Joon Ho
Bong’s Korean-language return after Okja and Snowpiercer stars Song Kang Ho as the head of a family that is struggling financially who takes an interest in a more affluent family, leading to unexpected entanglements. Produced by Barunson E&A, Parasite is set for local release in the first half of 2019. It has pre-sold to French-speaking territories.
Contact: CJ Entertainment

To The Ends Of The Earth (Jap-Uzb)

Dir: Kiyoshi Kurosawa
Japan’s Kurosawa, very much a Cannes habitué, is promising a film unlike any of his previous works. The story follows a reserved young Japanese woman getting to grips with a new culture as she travels along the historic Silk Road trade route in the central Asian territory of Uzbekistan. The film is co-produced by Eiko Mizuno-Gray and Jason Gray of Tokyo-based Loaded Films and Toshikazu Nishigaya of Tokyo Theatres, along with Uzbekistan’s national cinema agency Uzbekkino.
Contact: Loaded Films

Dir: Hirokazu Kore-eda
Fresh from his Palme d’Or win last year for Shoplifters, the Japanese filmmaker will hit the festival circuit again this year with his  French-language debut The Truth. It stars Catherine Deneuve as a big screen diva opposite Juliette Binoche as her long-suffering daughter. The latter returns to France from her adopted home of New York for a difficult mother-daughter reunion. The cast also features Ethan Hawke and Ludivine Sagnier.
Contact: Wild Bunch 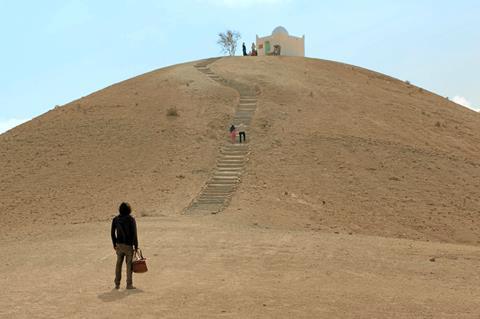 It Must Be Heaven (Pal-Fr)

Dir: Elia Suleiman
Suleiman takes on the role of protagonist and narrator in a wryly comic tale reflecting on what it means to be Palestinian. He plays a man who travels across the world to escape the police and border controls he is subjected to in his native Palestine, only to discover they exist all over the globe.
Contact: Wild Bunch

Dir: Nadav Lapid
This tale of an Israeli man’s search for self-identity in Paris draws on Lapid’s experiences living in the French capital in the early stages of his film career. It marks the director’s first fiction feature in five years after his much-feted The Kindergarten Teacher, since remade in the US with Maggie Gyllenhaal. Lapid has not rested on his laurels, working instead on a series of shorter personal projects such as From The Diary Of A Wedding Photographer.
Contact: SBS International

Dir: Alaa Eddine Aljem
A Screen Arab Star of Tomorrow in 2016, Aljem’s debut feature is about a thief recently released from prison who returns to the place where he buried a stash of money. To his horror, local villagers have constructed a mausoleum on the site in honour of a fake saint as a ruse to reinvigorate the economy, and he needs to work out a way to retrieve the cash.
Contact: Alaa Eddine Aljem

Dir: Koutaiba Al-Janabi
Like much of his filmography, Iraqi-UK director Al-Janabi’s latest film explores themes of displacement and exile, and takes inspiration from his experience as an Iraqi forced to flee his native Baghdad in the 1970s for Europe after his job as a photojournalist put him at risk of arrest. His third feature after Leaving Baghdad (2010) and Stories Of Passers Through (2017), The Woodman is an experimental work revolving around a life-size wooden dummy as it tries to find a place it can call home.
Contact: Real Arts Pictures