There is much to champion in Australia this year, and Screen is thrilled to highlight a few of these talents and trends. 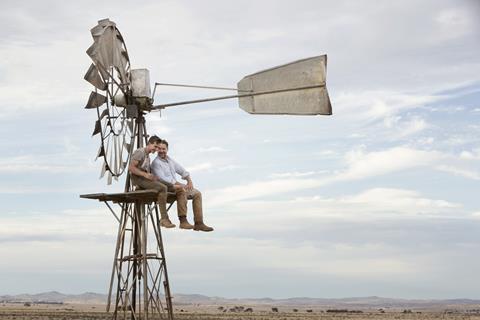 Hear that? Australian voices are getting louder.

Some of Hollywood’s most bankable stars are Australian - Hugh Jackman, Russell Crowe and Cate Blanchett to name just a few.

Australian talents behind the camera are also making waves - David Michôd and Justin Kurzel made names for themselves across the international industry with debut features Animal Kingdom and Snowtown, respectively; Jennifer Kent’s The Babadook was one of the darlings of Sundance 2014, and Julius Avery makes an impressive debut with BFI London Film Festival selection Son Of A Gun.

One of the hottest deals at the Cannes market was The Weinstein Company’s $12m acquisition of Garth Davis’s forthcoming Lion.

Talents can emerge anywhere; what makes the current Australian boom so impactful is that the talent is being supported and championed at home and abroad.

Film finance is never easy anywhere, yet  Australia’s famed producer offset has made a real difference to building sustainable production businesses in Australia. Just a decade ago, exciting producers such as See-Saw, Goalpost and Warp didn’t yet exist; now they are making a big difference to Australia’s film exports.

Distributors Hopscotch and Madman also have moved into production, and the production support from Australia’s festivals is another bright spot.

Australia continues to be an attractive co-producer, especially for territories such as the UK and potential partners in India or Singapore.

And of course US productions tap into Australian incentives, infrastructure and locations - Angelina Jolie’s Unbroken being just one powerful example.

There is much to champion in Australia this year, and Screen is thrilled to highlight a few of these talents and trends.