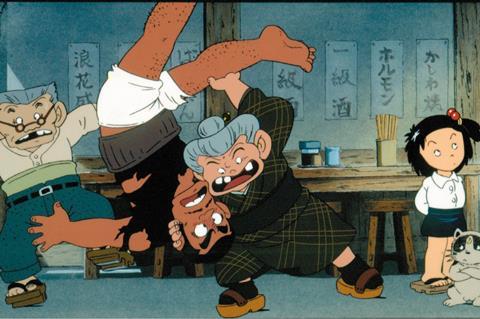 The Japanese Animation section of this year’s Tokyo International Film Festival (TIFF, October 30-November 8) will feature looks at both the past and present of the medium, as well as a retrospective of one of Japan’s best-loved special effects action series.

The goal for the section, now in its third year, is to serve as “a place to present what Japanese animation films are about, both domestically and internationally,” says programming advisor Ryota Fujitsu.

While last year’s retrospective covered the Pokémon anime franchise, this year’s revolves around Yasuo Otsuka, a lauded animator who died earlier in 2021 at the age of 89.

Otsuka may not have the same international name recognition as maestros like Hayao Miyazaki or Isao Takahata, but his work as an animator and animation director heavily influenced both those Studio Ghibli co-founders, the former of whom would go on to direct the Academy Award-winning Spirited Away (2001).

Born in 1931, Otsuka worked as an animator on The White Snake Enchantress (1958), Japan’s first animated colour film, before joining Toei Animation and inspiring Miyazaki, Takahata and a host of other animators while working alongside them on titles such as Lupin III and Future Boy Conan.

Otsuka’s contribution to anime was to develop “a style of animation that created a sense of reality and dynamism by introducing irregular lines of motion,” says Fujitsu.

The two films set to display Otsuka’s influential animation style at the festival are The Little Prince And The Eight-Headed Dragon (1963), made early during his career, and Chie The Brat: Downtown Story (1981), directed by Otsuka mentee Isao Takahata, who would go on to co-found Studio Ghibli. The retrospective is rounded out by Hyouhyou: Haikei, Otsuka Yasuo-sama (2015), a recent documentary about Otsuka. 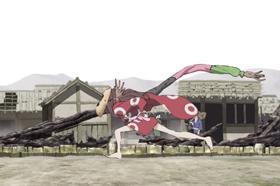 This year, rather than deciding on a theme and selecting films that fit that theme, Fujitsu went the other way around, selecting films from lauded directors and seeing what connected them. He found that all four features deal with themes that aren’t typically taken up in animation, including the 2011 East Japan earthquake and tsunami, poverty, single motherhood and historical Noh song and dance.

Traditionally, the most popular Japanese animation titles have featured elements of fantasy or science fiction, but there “is a continuing trend of works that are far away from robots and magic, and that deal with challenging subject matter,” says Fujitsu.

“At the same time, those fantastic titles continue to be produced,” he adds. “This shows how Japanese animation has become a really diverse medium.”

The section will also feature selections from a live-action tokusatsu (special effects) series: the long-running Kamen Rider (Masked Rider) franchise, which kicked off in 1971 and features motorcycle-riding superheroes who fight evil supervillains while wearing insect-shaped masks.

The franchise has run virtually without interruption on TV and in cinemas since its debut, and is a staple with Japanese children (and often their parents, who grew up on earlier incarnations). Its continually updated heroes and villains represent the values and issues of the day, not unlike Doctor Who in the UK or Star Trek in the US.

“The early ‘70s series depicted ‘justice’ as something fixed and unshakeable, but more recent series have a more nuanced look at what ‘justice’ means. We can track such changes because of the franchise’s long history,” says Fujitsu.

Finally, the Japanese Animation section will feature three master classes, covering Yasuo Otsuka, the selection of modern anime films, and Kamen Rider. Each will be moderated by Fujitsu and feature a variety of guests.