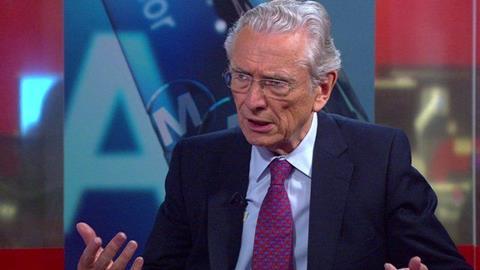 The finalists have been announced for the inaugural Whicker’s World Foundation Awards, a new fund for documentary makers set up in memory of late broadcaster Alan Whicker.

Prizes totaling more than $150,000 (£100,000) will be awarded in three catergories: the Funding Award, Veteran’s Award and Audio Award. The winners will be announced at Sheffield Doc/Fest award’s night on June 14.

Baron Fowler, the 78-year old former conservative politician, is one of two finalists for the $5,700 (£4,000) Veteran’s Award, which celebrates first-timers over 50.

Fowler’s series The Truth about AIDS, is pitted against Fluechtlinge – Refugee – a 10-minute short about Syrians seeking refuge in a disused airport, made by Keith Hoult, a former IT manager from Witney.

The top prize of $115,000 (£80,000) is the Funding Prize, which will be awarded to an emerging talent under 30 for a single TV documentary idea. The aim is that the winner will exhibit their completed film at Doc/Fest in 2017.

The five finalists who will pitch their ideas at Sheffield Doc/Fest in June proposed stories from Burma, South Sudan, the Amazon, US and Syria.

The nominees are Alex Bescoby for Burma’s Lost Royals, Jennifer Chui for Inga of The Amazon, Adam James Smith for Americaville, Ricky Norris for Mukesh and Safwon Suleyman for Lessons from My Father.

McIntyre said the Funding Prize will offer “a rare chance for a new director to be generously supported during both development and production, creating a vital launch pad into international markets and audiences”.