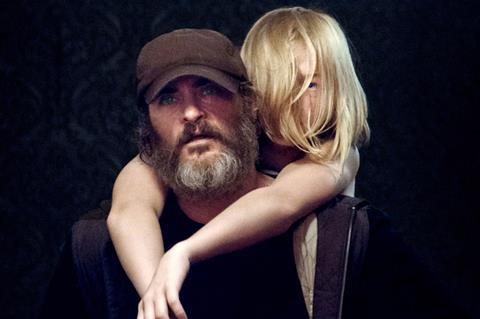 We The Animals earned five nominations for the upcoming 2019 Spirit Awards, while You Were Never Really Here, First Reformed and Eighth Grade led the field in major categories on four apiece.

You Were Never Really Here, First Reformed and Eighth Grade are up for best feature, alongside Leave No Trace and If Beale Street Could Talk, both of which earned three nods.

We The Animals is in contention for cinematography, editing, first feature, supporting male, and the Someone To Watch Award.

You Were Never Really Here is also in contention for director Lynne Ramsay, male lead Joaquin Phoenix and editor Joe Bini. First Reformed earned additional nods for Paul Schrader in the director and screenplay categories, and Ethan Hawke for male lead, while Eighth Grade is in the running for female lead for Elsie Fisher, first screenplay, and supporting male.

Leave No Trace is nominated for director Debra Granik and supporting female Thomasin Harcourt McKenzie, while Sundance horror sensation Hereditary is in contention for Toni Collette in female lead and best first feature.

ROMA (Mexico) and The Favourite (UK) were nominated in the international film category and were ineligible for other awards. Also ineligible were Vice, The Sisters Brothers and Mary Queen Of Scots.

By distributor, A24 leads the pack on 12 nominations, followed by Amazon Studios, Netflix and The Orchard on six, and Annapurna on five.

“This year’s nominees reflect the bold originality that is the heart of independent film,” said Film Independent president Josh Welsh. “At a time when huge tentpole franchises threaten to dominate our film culture, this year’s films and filmmakers offer something completely different – something vital, uncompromising, and needed. The nominees also show that, when it comes to diversity and inclusion, independent film is leading the way for the rest of the industry.”

The awards ceremony will take place on February 23, 2019, in a tent on Santa Monica Beach. The full list of nominees appears below:

Robert Altman Award to one film’s cast and director
Suspiria

Best Documentary
Hale County This Morning, This Evening Minding The Gap
Of Fathers And Sons
On Her Shoulders
Shirkers
Won’t You Be My Neighbor?