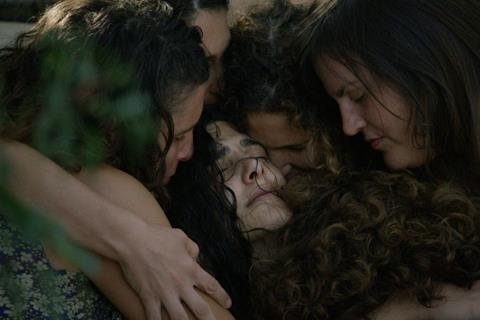 The dramas each won three trophies at the festival’s awards on Saturday (Oct 19).

The director cast his parents Meir and Maya in the lead roles, and stars alongside them, blurring the lines between fact and fiction. Africa debuted at Toronto and is handled internationally by Heretic Outreach.

Reborn marks the final part of Shani’s Love Trilogy and centres on three women whose bonds help them overcome dark secrets and self-destruction. The Michael Shvily award for best actress in an Israeli feature film was extended to the three women at the centre of the drama, Stav Almagor, Ori Shani and Leah Tonic – none of which had performed on screen before starring in Shani’s trilogy.

The film, handled internationally by Alpha Violet, also won the Anat Pirchi award for cinematography in an Israeli feature film for the work of Shai Skiff and Nizan Lotem.

In the international competition, the Carmel award for best film went to While At War, Alejandro Amenábar’s look at Franco’s Spain through the experiences of celebrated writer Miguel de Unamuno. The award includes a prize of 80,000 NIS ($22,500).

The Golden Anchor award for best international debut film went to Austrian director Andreas Horvath’s Lillian, in which a Russian emigrant in New York decides to walk back to her home country. The part documentary, part fiction work received its world premiere in Directors’ Fortnight at Cannes.

Between Israeli and Jewish Identity Competition