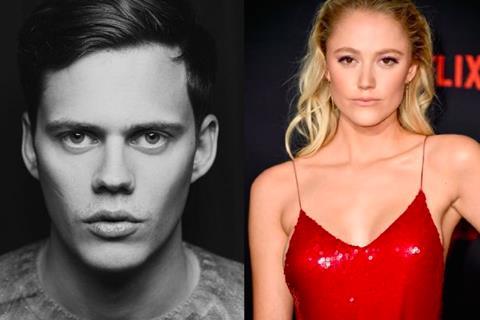 It star Bill Skarsgård will star opposite and Maika Monroe from It Follows in comedic thriller Villains for BRON subsidiary The Realm and Star Thrower Entertainment.

Dan Berk and Robert Olsen will direct from their 2016 Black List screenplay about a pair of amateur criminals who break into a house owned by two sadists harbouring a secret.

Berk and Olsen previously wrote, produced and directed Body for Oscilloscope Laboratories, and directed The Stakelander, a sequel to Jim Mickle’s Stake Land.