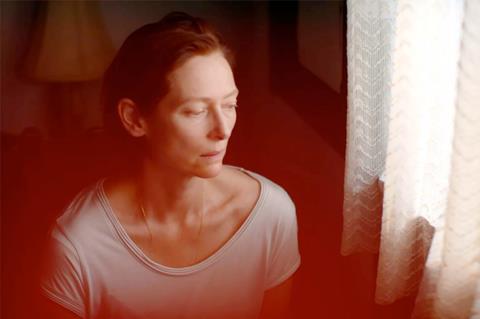 The London-based distributor closed the deal with leading German sales company The Match Factory and is planning a wide theatrical release for the feature in January 2022.

The latest film from Thai writer/director Weerasethakul stars Oscar-winner Swinton as an Englishwoman who lives in the Colombian city of Medellin as an orchid farmer. After travelling to Bogota to visit her hospitalised sister, she begins to hear increasingly loud bangs at night, preventing her from sleeping and sending her on a quest for their origin.

The feature was well received at Cannes where it played in Competition and shared the Jury Prize with Nadav Lapid’s Ahed’s Knee as well as ranking second on Screen’s jury grid of international critics. It marks the English-language debut of Weerasethakul, who previously won the Palme d’Or in 2010 with Uncle Boonmee Who Can Recall His Past Lives.

Memoria has already been acquired for US distribution by Neon and has been selected for the upcoming Toronto International Film Festival and New York Film Festival. Mubi has rights for Germany, Italy, Latin America (excluding Mexico, Colombia, Bolivia, Peru, Ecuador) and India.