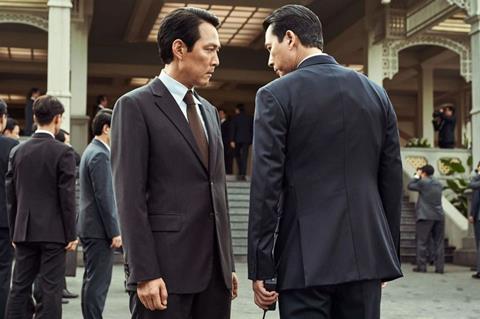 The political thriller, set in 1980s Korea, has been picked up for the UK by Altitude Film, France by The Jokers Films, and Germany, Austria, Switzerland and Italy by Koch Films.

Hunt received its world premiere in May at Cannes, where it played in the Midnight Screenings strand. It stars Lee and Jung Woo-sung as two chiefs in the Korean Central Intelligence Agency who are tasked with hunting a spy embedded within the organisation, discovering there is a plot to assassinate the South Korean president.

Manuel Ewald, senior acquisitions executive at Koch Films, predicted that “the overwhelming success of Squid Game will help this film to perform strongly in all European territories”.