Cyprus to increase its cash rebate from 35% to 40% 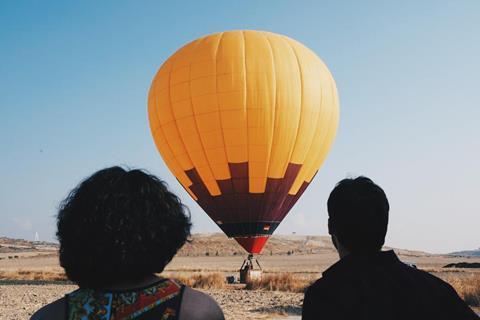 Cyprus is set to increase its cash rebate from 35% to 40% for international film and TV productions that shoot in the country.

The announcement was made by Invest Cyprus at the Raindance Film Festival on October 28, where Cyprus is the guest country this year.

Lefteris Eleftheriou, head of filming at Invest Cyprus, said the rebate was calculated to be one of the “most generous” in Europe, as the country steps up its efforts to attract more productions to the Mediterranean island.

“The Cyprus Film Scheme offers cash back on above-the-line expenses which is unique in Europe, as a number of European film commissions cover below-the-line expenditures only,” said Eleftheriou.

He added: “Cyprus offers unique and favourable filming locations with clement weather all year-round. The island provides a prime location which connects Europe, Africa and Asia with great local talent and a wide range of incentives.”

The increased tax incentive aims to be a huge boost for the country as it recovers from restrictions during the Covid-19 pandemic. Cyprus has taken significant measures to ensure the spread of Covid-19 is minimized on film sets, including mandating the use of facemasks and controlled number of people on set and social distancing measures.

Recent projects to shoot on the island include two from the Altadium Group: S.O.S. Survive Or Sacrifice, starring William Baldwin, and The Ghosts Of Monday, starring Julia Sands, as well as Michale Boganim’s historical drama, Tel-Aviv Beirut, which filmed in the summer.

The crime TV series Farpoint, produced by the UK.’s Three River Fiction and Cyprus-based Caretta Films and Splash Screen Entertainment, is also the first high-end international drama series to be filming on the island.

George Campanellas, CEO of Invest Cyprus, said: “Cyprus is an ideal location for prospective film and TV productions. We support all facets of the film industry and have a wealth of local talent that can support production teams.