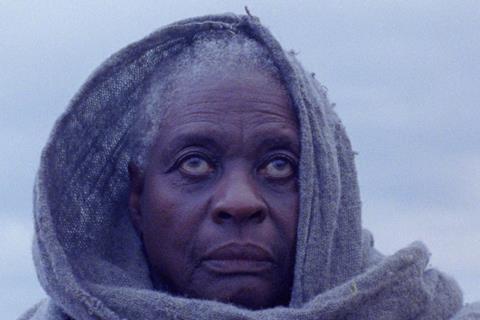 The post-production showcase is a key prong of Les Arcs’ professional Industry Village and usually takes place within the framework of the festival’s physical event in the French Alps in December.

It moved online this year due to the pandemic, presenting 17 upcoming films in post-production to some 550 registered film professionals, including festival programmers, sales agents and producers.

Magdala will star Jamaica-born, France-based choreographer Elsa Wolliaston as a destitute old woman living alone in the woods whose reality echoes and fuses with that of Mary Magdalene in her final days in the desert.

Manivel has been filming Wolliaston and her work for over a decade. She appeared in his last film Isadora’s Children, which won the Silver Leopard at Locarno in 2019, as well as a number of his shorts including 2010’s The Lady With Dog.

It is Manivel’s fourth feature. His previous film, Takara, The Night I Swam which he co-directed with Kohei Igarashi, premiered in Venice Horizons in 2017.

The Eurimages award, which has been a mainstay of Les Arcs’ Work in Progress event, is aimed at innovative projects with six of the 17 work-in-progress projects in the running.

Set against the backdrop of the ongoing conflict in Eastern Ukraine, the production revolves around a surgeon who reconnects with his 10-year-old daughter after her stepfather is killed in the fighting. It is Vasyanovitch’s fifth feature and follows hot on the heels of his award-winning drama Atlantis, which is Ukraine’s submission to the best international feature category of the 2021 Oscars.

Vladimir Yatsenko produces under the banner of Kiev-based ForeFilms, the company he recently co-created with Anna Sobolevska to support young filmmakers.

The jury, consisting of producer Juliette Schrameck and Alphapanda’s Mathias Noschis and Joanna Solecka, praised the film’s outstanding depiction of “a human condition under military conflict”.

The final prize-winner this year in the Works in Progress event was Swedish director Natalie Alvarez Mesen’s Clara Sola which won the TitraFilm Jury Prize, offering €10,000 ($12,000) worth of image and sound post-production services.

Costa Rican dancer and actor Wendy Chinchilla Araya plays a 40-year-old woman whose late sexual awakening leads to her breaking out of the role ascribed to her by her community. The production is lead produced by Nima Yousefi at Stockholm-based production house Hobab.

Les Arcs also pressed on with two other components of its Industry Village: the Coproduction Village and the Talent Village.

The project expands on the sexual violence theme of Girard’s short film A Sister, which was nominated in the 2020 Oscar race, to explore the aftermath of a sexual assault from the perspectives of three people caught up in what happened. Jacques-Henri Bronckart at Brussels-based Versus Production lead produces.

The Talent Village aimed at eight upcoming directors with projects unfolded as a hybrid event with physical workshops in Paris and virtual participation in the Co-production Village.