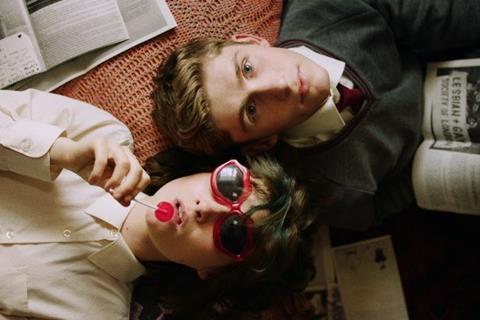 David Freyne’s Irish comedy Dating Amber will premiere on Amazon Prime Video on June 4 in the UK & Ireland following a deal with Altitude.

Fionn O’Shea and Lola Petticrew play best friends in the mid-90s who stage a relationship in order to end speculation about their sexuality, only for the arrangement to fall apart. Sharon Horgan (Catastrophe), Barry Ward (Jimmy’s Hall) and Simone Kirby (Artemis Fowl) also star.

Altitude handles international sales and will screen the film at the Cannes virtual market.