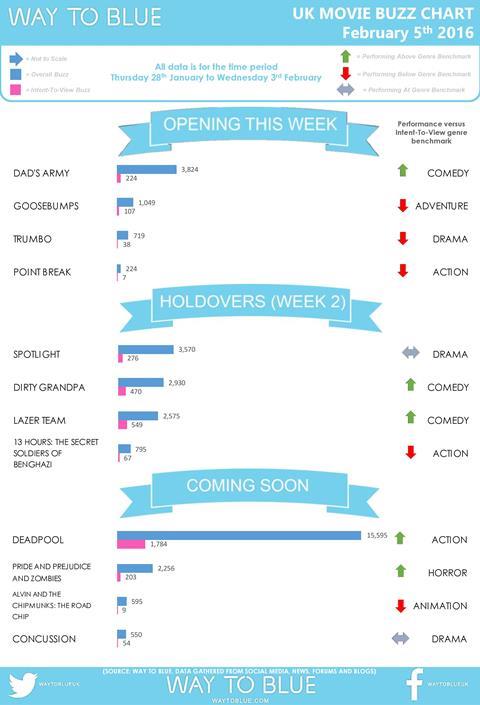 Of those, 11.4% expressed ‘intent to view’, meaning they would look to convert comments into cinema tickets.

It was leagues ahead of Dad’s Army, the big screen adaptation of the classic British TV comedy, which opens this weekend. The feature recruited more than 3,800 comments.